Why QuantumScape investors are still waiting for new EV batteries 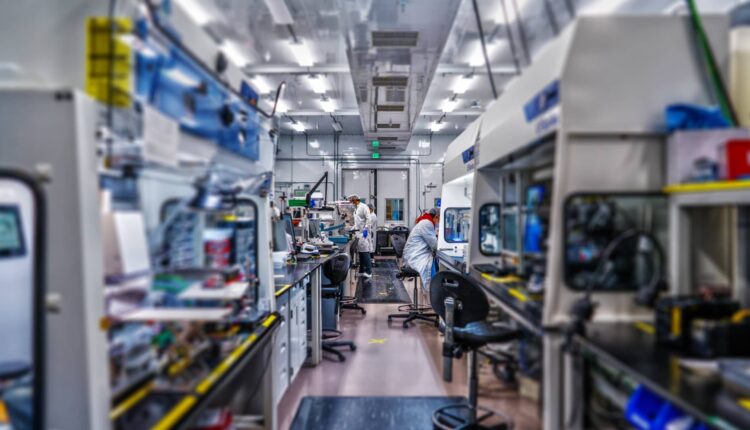 The electric vehicle space has seen a handful of impressive stock market debuts in recent years, but battery start-up QuantumScape’s first few weeks of trading were remarkable even by EV stock standards.

That run gave QuantumScape an eye-popping $54 billion valuation, fueled by investors’ excitement over the company’s solid-state battery technology, so called because it does away with the flammable liquid or gel electrolyte found in today’s lithium-ion batteries. What’s more, it didn’t hurt that auto giant Volkswagen was a major investor, or that Bill Gates had also taken a stake.

But the hype that surrounded the company in late 2020 appears to have all but dried up, with the once red-hot stock shedding about 92% of its value from that record high.

QuantumScape is standing by the lofty claims it made in 2020 and says its batteries are still on track to go into production in a few years. But the company faces a long, cash-intensive road of testing ahead. Competition is only intensifying, and Wall Street is still waiting.

Investors may have moved on, but the auto industry is still watching: In addition to Volkswagen, QuantumScape said it now has three other automaker partners who have signed on to test the company’s batteries. So far, those carmakers are unnamed.

A little piece of flexible ceramic

It’s not hard to see why automakers are so interested in solid-state battery technology. Today’s lithium-ion batteries are generally quite reliable, but their size, weight and recharging times make them less than ideal for electric vehicles. And while EV fires are rare, they tend to be intense and difficult to put out, in part because lithium-ion batteries can burn for hours.

The batteries that QuantumScape is working to develop are called “solid state” because they don’t need the liquid or gel electrolyte found inside existing batteries. A solid-state battery pack can be smaller and lighter than a lithium-ion battery pack of similar capacity, and the absence of liquid inside makes them less likely to catch fire.

In December 2020, QuantumScape CEO Jagdeep Singh promised a reliable solid-state battery, at scale, by roughly the middle of the decade. Here are some of the claims he made during a livestreamed presentation of early test results:

“If QuantumScape can get this technology into mass production, it holds the potential to transform the industry,” said Stan Whittingham, co-inventor of the lithium-ion battery and winner of the 2019 Nobel Prize in chemistry, in a QuantumScape press release.

It seemed almost too good to be true. Researchers had been tinkering with solid-state batteries for decades, without success.

Inventors faced a key challenge. Such batteries were prone to failure because of dendrites — needle-like structures that form inside, often in a matter of weeks, that can short circuit them and end their life.

QuantumScape’s key innovation is a separator made of a proprietary flexible ceramic material that resists dendrites and can’t catch fire. If it works as intended, solid-state batteries should be able to survive for as long as a typical lithium-ion battery while maintaining all the hoped for benefits.

QuantumScape is still at least a few years away from being able to mass produce its batteries. But in lab testing, its technology appears to work.

In that 2020 livestream test that sent the company’s stock soaring, QuantumScape said a tiny prototype of its battery held up for over 800 cycles of charging and draining — roughly the number that an EV’s battery would endure over its lifetime.

But that test battery was a scaled-down version, and sizing up to a battery that’s ready for use in electric vehicles has been a slow process.

QuantumScape was able to repeat that 800-cycle test twice last year with slightly scaled-up batteries. A larger one made it through 500 cycles in a round of testing earlier this year. But the company is still a few more development rounds away from achieving a full-size prototype.

The steps needed to get QuantumScape’s batteries ready for on-the-road use will take at least two years — and likely more — to complete.

Once the current prototype meets the 800-cycle test threshold, the company will need to build and test an “A sample” battery that’s nearly full size, but still not quite what it plans to eventually mass produce.

Singh told CNBC in an April interview that the A sample product will be ready this year to be sent to Volkswagen and the company’s other automotive partners for testing.

Then comes the “B sample,” similar to its predecessor but manufactured on a prototype assembly line, with tooling that is similar to, but smaller and simpler than, the machines that QuantumScape plans to use on its eventual full-speed production line.

The last step would be a final prototype, a C sample, to be made for the full-scale assembly line. Singh said he currently expects QuantumScape to deliver C samples in 2024 or 2025.

But even those first test cars won’t be ready for the road, Singh said. Instead, they’ll be an important milestone for the company and its automaker partners. Afterward, test cars built using those C sample batteries will be ready for production.

Those rounds of development, production and testing will require significant amounts of cash.

Singh said he is confident that QuantumScape has enough cash — about $1.3 billion as of the end of March — to be able to deliver those C sample batteries to its automotive partners for testing. But it’ll need to raise more money to build a factory big enough to supply automakers at scale.

By then, it may have competition.

Toyota has said it’s working to develop its own solid-state batteries in-house, and at least one other start-up — Colorado-based Solid Power, backed by BMW and Ford Motor — is on track to begin manufacturing its own solid-state versions around the same time.

Raising the amount of cash needed for a factory would be challenging to do in the current economic environment, but Singh thinks raising that money won’t be difficult once investors have had the chance to drive test vehicles powered by QuantumScape batteries.

“The good news about the U.S. capital markets is that if you can demonstrate that you have something real and that the market opportunity is really large, then there’s a lot of capital available,” Singh said.