Why hydropower is the world’s most overlooked renewable 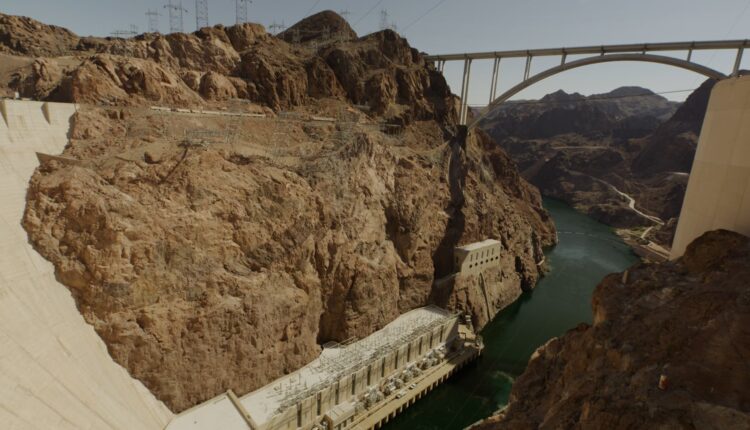 Hydropower is by far the largest renewable worldwide, producing over twice as much energy as wind, and over four times as much as solar. And pumping water up a hill, aka “pumped storage hydropower”, comprises well over 90% of the world’s total energy storage capacity.

But in spite of hydropower’s outsize impact, we don’t hear much about it in the U.S. While the past few decades have seen wind and solar plummet in price and skyrocket in availability, domestic hydropower generation has remained relatively steady, as the nation has already built hydropower plants in the most geographically ideal locations.

Internationally, it’s a different story. China has fueled its economic expansion by building thousands of new, often massive, hydroelectric dams over the last few decades. Africa, India, and other countries in Asia and the Pacific are set to do the same.

But expansion without strict environmental oversight could lead to trouble, as dams and reservoirs disrupt river ecosystems and surrounding habitats, and recent studies show that reservoirs can emit more carbon dioxide and methane than previously understood. Plus, climate-driven drought is making hydro a less reliable source of energy, as dams in the American West have lost a significant amount of their electricity generating capacity.

Yet experts say that hydro has a big role to play in a 100% renewable future, so learning how to mitigate these challenges is a must.

The U.S. isn’t expected to see much hydropower growth in the coming decade, in part due to the onerous licensing and permitting process.

“It costs tens of millions of dollars and years of effort to go through the licensing process. And for some of these facilities, particularly some of the smaller facilities, they just don’t have that money or that time,” says Malcolm Woolf, President and CEO of the National Hydropower Association. He estimates that there are dozens of different agencies involved in licensing or re-licensing a single hydropower facility. The process, he said, takes longer than licensing a nuclear plant.

Because the average hydroelectric plant in the U.S. is over 60 years old, many will need to be relicensed soon.

“So we could be facing a raft of license surrenders, which is ironic just as we’re trying to ramp up the amount of flexible, carbon-free generation we have in this country,” Woolf said.

But the Department of Energy says there is potential for domestic growth, through upgrades to old plants and adding power to existing dams.

“We have 90,000 dams in this country, most of which were built for flood control, for irrigation, for water storage, for recreation. Only 3% of those dams are actually used for generating power,” said Woolf.

Growth in the sector also relies on expanding pumped storage hydropower, which is gaining traction as a way to “firm” renewables, storing excess energy for use when the sun isn’t shining and the wind isn’t blowing.

When a pumped storage facility is generating power, it operates just like a regular hydro plant: Water flows from the upper reservoir to the lower, spinning an electricity-generating turbine along the way. The difference is that a pumped storage facility can recharge, using power from the grid to pump water from below up to the higher reservoir, thereby storing potential energy that can be released when needed.

While pumped storage has about 22 gigawatts of electricity-generating capacity today, there’s over 60 gigawatts of proposed projects in the development pipeline. That’s second only to China.

In recent years, permits and licensing applications for pumped storage systems have increased considerably, and new technologies are being considered. These include “closed-loop” facilities, in which neither reservoir is connected to an outside water source, or smaller facilities that use tanks instead of reservoirs. Both methods would likely be less disruptive to the surrounding environment.

Damming rivers or creating new reservoirs can obstruct fish migration and ruin surrounding ecosystems and habitats. Dams and reservoirs have even displaced tens of millions of people throughout history, usually indigenous or rural communities.

These harms are widely acknowledged. But a new challenge — emissions from reservoirs — is now gaining increased attention.

“What people don’t realize is that these reservoirs actually emit a lot of carbon dioxide and methane into the atmosphere, both of which are strong greenhouse gases,” said Ilissa Ocko, Senior Climate Scientist at the Environmental Defense Fund.

The emissions come from decomposing vegetation and other organic matter, which break down and release methane when an area is flooded to create a reservoir. “Usually that methane then turns into carbon dioxide, but you need oxygen in order to do that. And if the water is really, really warm, then the bottom layers are depleted of oxygen,” said Ocko, meaning that methane is then released into the atmosphere.

When it comes to warming the world, methane is over 80 times more potent than CO2 for the first 20 years after its release. So far, research shows that hotter parts of the world, like India and Africa, tend to have more polluting plants, while Ocko says that reservoirs in China and the U.S. are not of particular concern. But Ocko says there needs to be a more robust way to measure emissions.

“And then you could have all sorts of incentives to reduce it, or regulations by different authorities to make sure that you’re not emitting too much,” Ocko said.

Another major problem for hydropower is climate-driven drought. Shallow reservoirs produce less power, and that’s of particular concern in the American West, which has seen the driest 22-year period in the last 1,200 years.

Lake Mead, the large reservoir located in Nevada and Arizona that feeds the Hoover Dam, is at an all-time low. The white rocks indicate the water level of the lake when it is full.

As reservoirs like Lake Powell, which feeds the Glen Canyon Dam, and Lake Mead, which feeds the Hoover Dam, produce less electricity, fossil fuels are picking up the slack. One study found that from 2001-2015, an additional 100 million tons of carbon dioxide were released across 11 states in the west because of the drought-induced shift away from hydropower. During a particularly rough patch for California between 2012-2016, another study estimated that lost hydropower generation cost the state $2.45 billion.

For the first time in history, a water shortage has been declared at Lake Mead, triggering water allocation cuts in Arizona, Nevada and Mexico. The water level, currently at 1,047 feet, is expected to drop further, as the Bureau of Reclamation has taken the unprecedented step of holding back water at Lake Powell, situated upriver of Lake Mead, so that the Glen Canyon Dam can continue to produce power. If Lake Mead drops below 950 feet, it will no longer generate power.

Modernizing existing hydropower infrastructure could increase efficiency and recoup some drought-related losses, as well as ensure that plants are able to operate for many decades to come.

Between now and 2030, $127 billion will be spent on modernizing old plants globally. That accounts for nearly one fourth of total global hydropower investment, and nearly 90% of investment in Europe and North America.

But in other parts of the world, the majority of investment is going toward new plants. Large, state-owned projects in Asia and Africa are expected to account for over 75% of new hydropower capacity through 2030. But some worry about the impact such projects will have on the environment.

“In my humble opinion, they’re overbuilt. They’re built to massive capacity that isn’t necessary,” Shannon Ames, Executive Director of the Low Impact Hydropower Institute said, “They could be done as run-of-river and they could just be designed differently.”

Run-of-river facilities don’t include a reservoir, and thus have less impact on the environment, but they cannot generate energy on demand, since output depends on seasonal flows. Run-of-river hydropower is expected to account for about 13% of total capacity additions this decade, while traditional hydropower will make up 56% and pumped hydro 29%.

But overall, hydropower growth is slowing, and is set to contract by about 23% through 2030.. Reversing this trend will largely depend on streamlining the regulatory and permitting processes, and setting high sustainability standards and emissions measuring programs to ensure community acceptance. A shorter development timeline would help developers obtain power purchase agreements,  thereby incentivizing investment since returns would be guaranteed.

“Part of the reason it doesn’t look as attractive sometimes as solar and wind is because the horizon for the facilities is different. For example, a wind and solar plant typically gets looked at as a 20 year project,” Ames said, “On the other hand, hydropower is licensed and operates for 50 years. And many of them have been operating for 100 years… But our capital markets don’t necessarily appreciate a longer return like that.”

Finding the right incentives for hydropower and pumped storage development, and ensuring that it’s done in a sustainable manner, is going to be critical to weaning the world off fossil fuels, Woolf says.

“We don’t get the headlines that some of the other technologies do. But I think folks are increasingly realizing that that you can’t have a reliable grid without hydropower.”

Watch the video to learn more about the future of hydropower.