Who Is Nupur Sharma Who Gave Objectionable Remarks On Prophet Muhammad 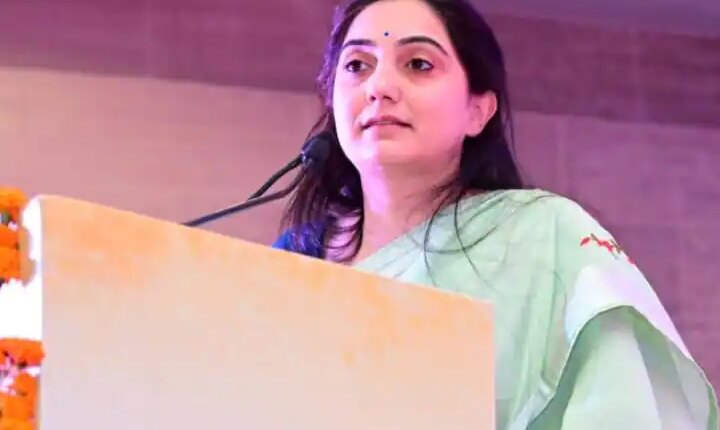 Who Is Nupur Sharma: BJP has taken major action against Nupur Sharma for the controversial remarks on Prophet Muhammad. BJP on Sunday suspended party spokesperson Nupur Sharma from primary membership for 6 years. Apart from this, Naveen Kumar Jindal has also been expelled from the party. Naveen Kumar Jindal is the media head of Delhi BJP. This whole matter started when Nupur Sharma participated in the debate of a private channel on 27th May. During this Gyanvapi Mosque The controversy about (Gyanvapi Mosque Dispute) was being discussed.

Violence in Kanpur after the statement

At the same time, recently, the situation became tense due to a clash between two groups in Kanpur district of Uttar Pradesh. Soon the situation became so uncontrollable that people came out on the streets to pelt stones. Even behind this incident, BJP’s national spokesperson Nupur Sharma is being blamed for the dispute that she had given about Prophet Mohammad. An FIR has also been registered against Nupur Sharma for hurting religious sentiments, spreading hatred and making remarks against other religions.

After this, BJP also got a lot of grit on this matter. Nupur, however, claimed that her statement was distorted and her family has been receiving death threats since that statement. At the same time, BJP has suspended Nupur Sharma from the primary membership of the party for 6 years.

Who is Nupur Sharma?

Nupur Sharma was born on 23 April 1985. He has completed his schooling from Delhi Public School located at Mathura Road, Delhi. At the same time, he has completed his graduation from Hindu College, Delhi. She started politics by staying in BJP and has held various positions till now. Nupur Sharma is the national spokesperson of the Bharatiya Janata Party.

fought the election against arvind kejriwal

She first came into the limelight in 2015 when she contested against Aam Aadmi Party chief Arvind Kejriwal in the Delhi Assembly elections on a BJP ticket. Although she could not win the election. She is also a member of the State Executive Committee of Delhi BJP. Apart from this, she has also been the President of Delhi University Students’ Union. Nupur was the only candidate from AVBP to win the student union elections in 2008.

After this, Nupur became active in the Bharatiya Janata Party’s (BJP) Yuva Morcha after leaving student politics and was entrusted with the responsibility of national media in-charge in the front. Nupur, who studied at the London School of Economics, is also a lawyer by profession. He has also studied from Berlin. Apart from this, she belongs to a diplomatic and business family.