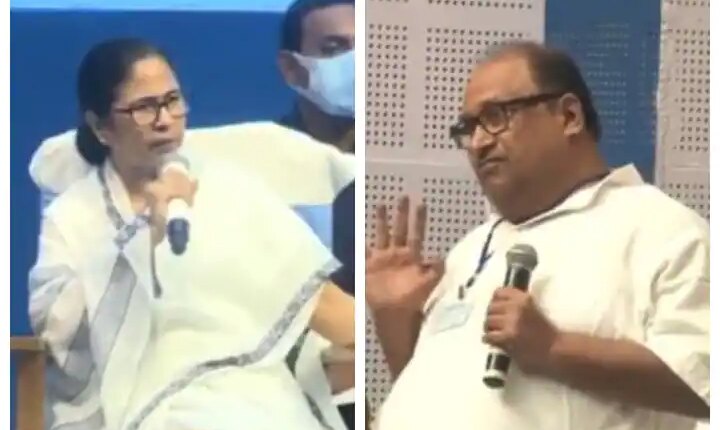 This time Mamta Banerjee reprimanded Suresh Kumar Agarwal, TMC leader of Purulia district, for his fat and protruding stomach. He asked the chairman of Jhalda municipality that why is your stomach so out? Mamta Banerjee advised them to eat less pakodas while advising them. He also warned the TMC leader about the possible health hazards including heart block and told him the right way to do ‘Pranayama’.

Why is there so much bulge in your stomach? – Mamata Banerjee

During an administrative review meeting, Mamta Banerjee asked Suresh Kumar Agarwal that why is there so much bulge in your stomach? And the way it is growing, you can definitely have heart related problems. After this the Jhalda Municipality President also demonstrated to Mamata Banerjee how he does ‘Pranayama’ and claimed that he did ‘Kapalbhati’ at least 1,000 times a day.

Agarwal told the Chief Minister that his weight is about 125 kg. Despite this, he likes to eat pakodas. I am absolutely fit and I do not have any disease. He said, “Didi, I exercise for about one and a half hours daily. I like to eat pakodas. I am absolutely fine, I am not diabetic, I do not have any blood pressure problem and I do not need to take any medicine. Is.”

TMC supremo Mamata Banerjee, 67, is often caught on camera going for morning walks whenever she is on administrative tours of districts. She is known to walk several miles every day on her treadmill and has been seen walking several kilometers during election campaigns. Mamata Banerjee also wears a digital wristwatch. About which sources close to her told that it is used to track how many steps she walks in a day apart from monitoring her heart rate, blood pressure and other parameters.