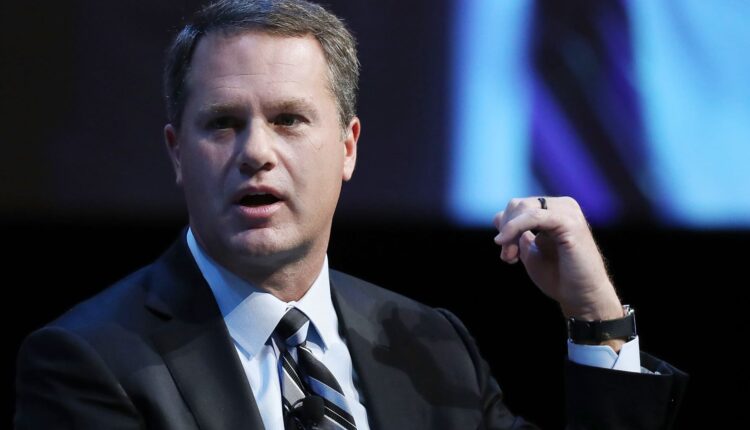 Doug McMillon, president and CEO of Walmart Inc. Corporation, participates in a Business Roundtable discussion on the”Future of Work in an Era of Automation and Artificial Intelligence”, during a CEO Innovation Summit, on December 6, 2018 in Washington, DC.

FAYETTEVILLE, Ark. — Thousands of Walmart employees gathered at a huge arena on Friday, dancing as the Jonas Brothers headlined the return of the annual event that acts as a company pep rally. Yet despite the festive backdrop, CEO Doug McMillon acknowledged the new challenge facing the company: inflation.

Between loud cheers and acts by celebrities, McMillon praised how employees across the world persisted during the pandemic while coping with thin staffs due to Covid. He noted that sales rose even as stores struggled to keep shelves stocked. And he vowed the company would avoid repeating the disappointing first quarter results, when inflation ate into profits.

“We’re working to fix that and improve our performance as we go through the year,” he said, adding that Walmart’s workforce is “resilient and we love the challenge of retail.”

Later in the day, McMillon also stressed to analysts that the company is scrutinizing its expenses and pushing suppliers to trim back and absorb some costs. And he noted Walmart is tapping the expertise of its leaders who operate in Brazil and other countries with a history of sharp inflation.

“We have been working really hard on costs top to bottom, taking action to get our costs down so that the second quarter looks better than the last quarter, and we’re on our way,” he said at an investor event near the company’s headquarters in Bentonville, Arkansas.

His comments came just weeks after Walmart’s stock had its worst day in 35 years. In mid-May, the company reported a quarterly profit that fell short of Wall Street expectations as higher costs of fuel and freight hurt earnings. Chief Financial Officer Brett Biggs also noted at the time that sky-high inflation was weighing on customers, with some buying half-gallons of milk and store brand deli meat to save on grocery bills.

Walmart’s quarterly performance — and similar results by Target — helped dragged down the companies’ stocks and the broader markets, with Walmart closing down 11.4% the day it reported earnings. The company’s stock has fallen about 13% so far this year, roughly in line with the S&P 500 Index.

Walmart’s annual gathering is known for its party-like atmosphere and traditionally coincides with its shareholders meeting. Employees across the world descend on Walmart’s birthplace for the event, donning company swag and wagging their home country’s flags, at the Bud Walton Arena on the University of Arkansas campus. Friday marked the return of the event since the pandemic.

At a question-and-answer session with analysts, McMillon said Walmart’s team has reacted “in a very detailed and aggressive way” in recent weeks as it pushes to become even more cost-efficient.

“Some people in the company kind of called it ‘old school Walmart’,” he said, referring to the company’s nearly 60-year history of obsessing over details to keep prices low.

McMillon also noted the company is closely watching spending patterns of its most value-conscious customers and making sure prices of staples that feed their families remain within reach. And as middle- and higher-income customers look to stretch their budgets as well, he said Walmart will work to draw them with clothing and other items they may not have bought at Walmart before.

He said that could ultimately help the company gain market share and increase profits.

“If the world is under more pressure and people are generally more value-conscious, we’re the place to go,” he said.

6 exceptional retail winners that Jim Cramer says are a buy

Consumer trends will gauge the state of inflation