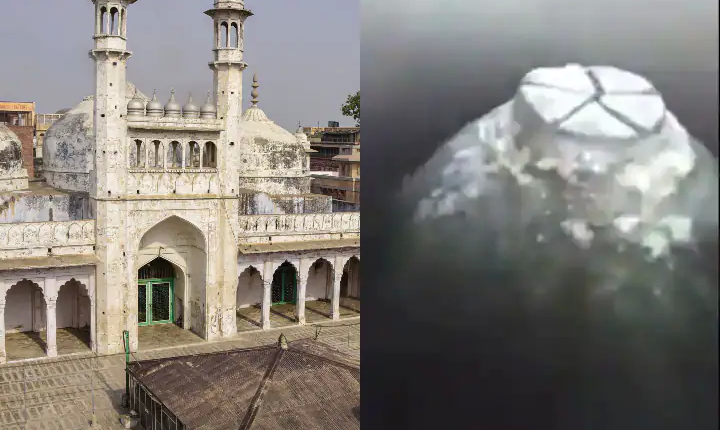 Gyanvapi Premises: In Varanasi, the echo of Gyanvapi is being heard from the court to the streets. Hearing on the application allowing worship of the alleged Shivling in Gyanvapi Premises will be held in Varanasi District Court today. The matter was also heard yesterday. This petition has been filed by Swami Avimukteshwaranand. Swami Avimukteshwaranand, a disciple of Shankaracharya Swaroopanand Saraswati, is sitting on a fast, so his petition is again heard in the Varanasi District Court at 12 o’clock today. In this application, he has sought permission to worship the alleged Shivling in the Gyanvapi complex. On which hearing was held a day earlier as well.

Not only this, on the one hand the saints have opened a front and on the other hand the politics of the country is also revolving around Gyanvapi. Now even the Union Minister Sadhvi Niranjan Jyoti has come out openly advocating handing over Gyanvapi to the Hindus. Avimukteshwaranand is on fast for three days demanding worship at the place claimed by Shivling.

Lawyers of both the sides kept their side

Advocate Arun Kumar Tripathi presented his side on behalf of Swami Avimukteshwaranand. During the hearing, lawyers were also present in the court on behalf of Anjuman Intejamiya Masajid. Let us tell you that in support of fasting Swami Avimukteshwaranand Saraswati in Srividya Math located at Kedarghat, after giving up food and water to worship Gyanvapi etc. Visheshwar Shivling, the people of Mumukshu Bhavan of Asi and the people of Ganga Seva Abhiyan staged a one-day silent sit-in.

This argument was given to the court

After the silence, the General Secretary of the Akhil Bhartiya Dandi Sanyasi Sabha, Swami Ishwaranand Teerth, who was present there, told that Adi Visheshwar has appeared. In the eyes of the court, God is considered to be 3 years old. Therefore, depriving them of worship, enjoyment and aarti is an injustice to crores of Sanatanis and Lord Shiva. He said that all the saints support Avimukteshwaranand to do penance by giving up food and water.

read this also: All India Gyanvapi Mukti Mahaparishad’s prayer for Gyanvapi mukti, the administration did not allow the recitation of Bajrang Baan in the temple

read this also: Gyanvapi Masjid Row: The war on Gyanvapi continues in Varanasi, Avamukteshwaranand is still adamant on the insistence of Jalabhishek