Uttarakhand: Video From The Gorge In Uttarkashi District Where A Bus Carrying 28 Pilgrims Fell Down 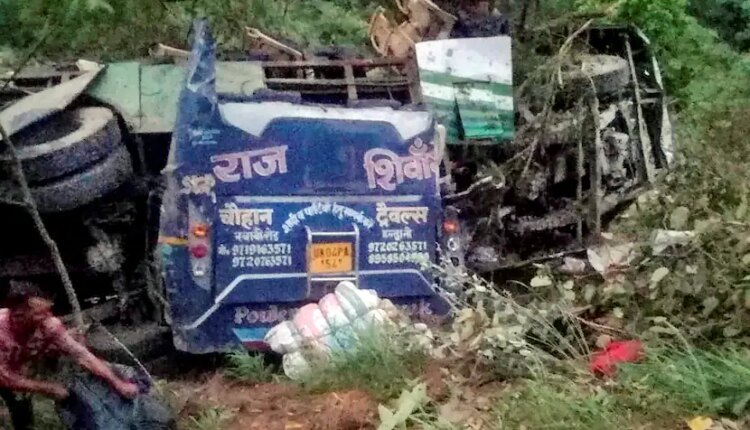 Bus Accident Video: A bus full of passengers fell into a deep gorge near Damta in Purola area of ​​Uttarakhand’s Uttarkashi district on Sunday. 25 people died tragically in this accident. At the same time, three people are seriously injured. All the passengers were from Madhya Pradesh. A video of this horrific accident has surfaced, in which the bus can be seen lying in the ditch.

The bus which fell into the ditch was blown away

Devendra Patwal, District Disaster Management Officer, Uttarkashi told that all the devotees were going to visit Yamunotri Dham. The devotees were residents of Panna district of Madhya Pradesh. Police and State Disaster Response Force (SDRF) teams reached the spot as soon as the incident was reported, where rescue and relief work was carried out on a war footing. After the accident, the bus which fell into the ditch blew up and the ground was covered with dead bodies. The scene was so horrifying that the souls of the onlookers trembled.

Expressing grief over the accident, Chief Minister Pushkar Singh Dhami also directed the district administration to provide all possible help to the victims. On receiving information about the bus accident on Yamunotri route, the Chief Minister reached the Disaster Control Room located at the State Secretariat and instructed the officials to expedite the relief and rescue operations.

‘Oh my God, what happened…’ After Operation Blue Star, these words came out of Indira Gandhi’s mouth, know how the result was given, what is the whole story