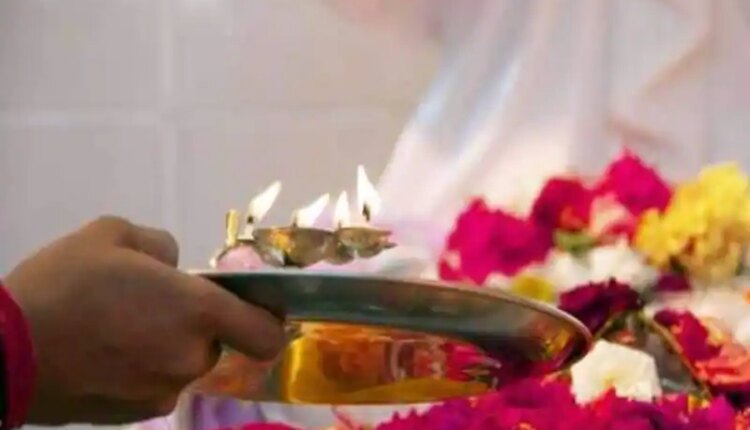 Uttar Pradesh: A new picture of playing with faith is being seen in Sitapur, Uttar Pradesh. Here, a case of installing tiles with pictures of deities has come to the fore in the toilets built by the Gram Panchayat. According to the information, the villagers got angry after seeing the picture of the deities in the toilet, after which the matter was complained.

It is being told that after the displeasure of the villagers, taking the matter seriously, the police immediately swung into action and arrested two people in the case. At the same time, another person is also being seen as an accused. The three people who have been accused by the police include Reshma, the female village head, her son Molahe and another aide Rahmullah.

According to the information, action has been taken against these three on the complaint of Bajrang Dal under sections hurting religious sentiments. It is being told that the toilet was built in 2018-19 under the Swachh Bharat Mission. The arrested woman village head has denied the allegations against her. According to her, the construction of the toilet was done four years ago when she was not the village head.