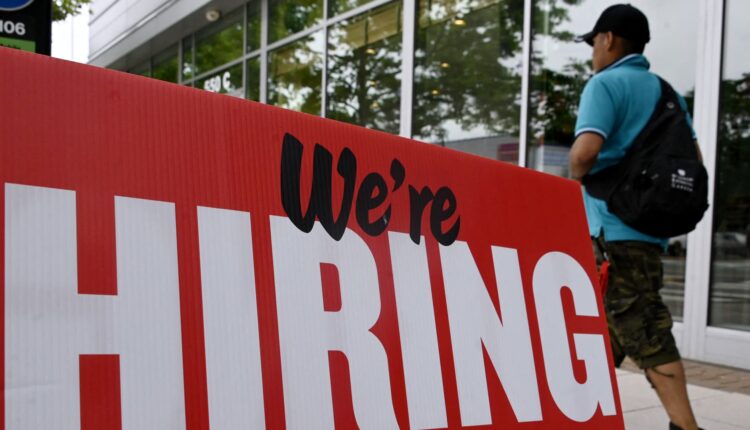 A man walks past a “We’re Hiring” sign posted outside of a restaurant in Arlington, Virginia on June 3, 2022.

First-time filings for the week ended June 4 totaled 229,000, an increase of 27,000 from the upwardly revised level in the prior period and well ahead of the 210,000 Dow Jones estimate.

The last time initial claims were that high was Jan. 15.

However, continuing claims, which run a week behind the headline number, were unchanged at just over 1.3 million, below the FactSet estimate of 1.35 million.

The four-week moving average for continuing claims, which accounts for volatility in the numbers, declined slightly to 1.32 million, the lowest level since Jan. 10, 1970.

The rise in claims comes less than a week after the Bureau of Labor Statistics reported that nonfarm payrolls increased by 390,000 in May, considerably better than expected.

Companies have continued to hire despite rising worries that the U.S. economy could be headed for a shallow recession as inflation flares and global supply chains remain clogged.