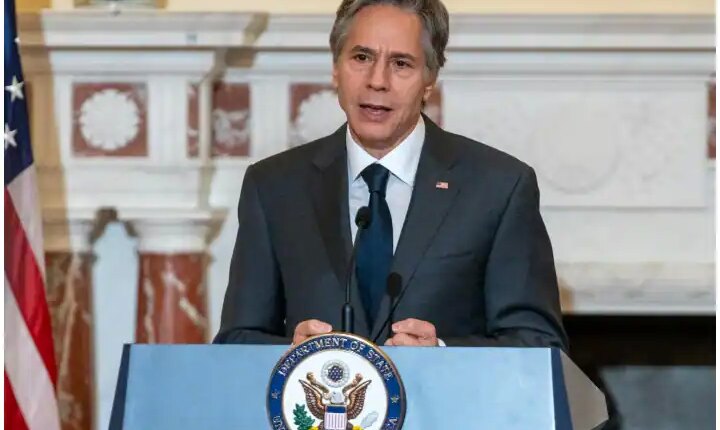 US State Department Report: A big comment has been made by the US Secretary of State about India. In which he has said that attacks on minorities and religious places are increasing continuously in India. Referring to this, Secretary of State Antony Blinken said that America will continue to raise its voice for religious freedom around the world. Apart from India, he also made a statement about China and Pakistan and tried to surround them.

America will continue to raise its voice – Blinken
The US Secretary of State said that people from minority communities and women are also being targeted in other Asian countries including Pakistan, Afghanistan and China. Blinken said during the release of the annual International Religious Freedom Report, “America will continue to raise its voice for religious freedom around the world. We will continue to work with other governments, multilateral organizations and citizens to make this happen. Our basic objective is to ensure that all people have the freedom to follow the spiritual tradition that matters to them.

‘Attack on people and religious places in India’
Referring to India further, the US Secretary of State said, “For example, in India, which is the largest democracy in the world and where people of many religions live, we are seeing increasing attacks on people and religious places.” Huh. The authorities in Vietnam are persecuting unregistered religious communities. Several state governments in Nigeria are resorting to defamation and blasphemy laws against people to punish people for following their faith.

Pakistan and China also mentioned
Referring to Pakistan and China, the US Secretary of State said, “China continues to persecute those who follow other religions, which it does not believe in accordance with the principles of the Chinese Communist Party.” He is destroying religious places associated with Buddhism, Christianity, Islam and Taoism. On the other hand, in Pakistan in 2021, all the courts have sentenced 16 people to death for the crime of blasphemy. However, no punishment has been served in the country yet.

Pakistan Politics: …then civil war will break out in Pakistan, ex-PM Imran Khan Why did he say so?

Turkey: ‘Turkey’ will now be known as ‘Turkey’, hence the government wanted to change the old name