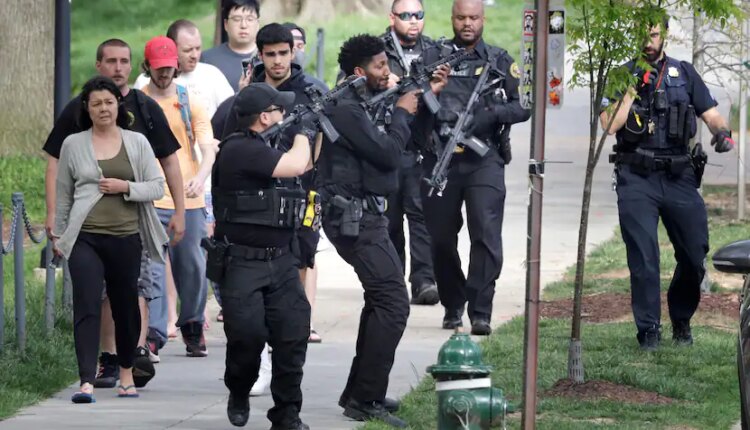 US Mass Shooting: In America, guns are constantly being used to kill innocent people. After the massacre in Texas, many such incidents are coming to the fore. Now a man has shot dead two people outside a church in Iowa, USA. Later, the police also killed the attacker who opened fire. After such incidents, the police are on alert in all the cities of America.

Incidents of frequent mass shootings in America
According to the information, a man reached outside the church in Iowa, USA and started shooting at people. About two people were shot, in which they died. However, no information has come out regarding the injured. As soon as the information about the incident was received, the police immediately reached the spot and killed the attacker. The police warned the attacker to surrender, but he did not lay down his weapon. After which he was shot.

Dangerous weapons are constantly being used for mass shooting in America. After the murder of 21 people, including 18 school children, in Texas, such incidents seem to be happening continuously. A day earlier, a similar shooting took place in Oklahoma, USA. Where four people were shot dead by an assailant outside the St. Francis Hospital campus. Many people were also injured in this. This attacker was also killed by the police.

A law can be made regarding guns
Let us tell you that in a country like America, there is no strict law regarding guns, here in the name of self-defense, any dangerous weapon can be kept with them. But now this freedom of arms is weighing heavily on the country and people are losing their lives. However, now President Joe Biden himself is talking about strict laws regarding weapons. Referring to the need to pass commonsense legislation to combat gun violence, Biden said, “This is not about snatching someone’s guns… We believe that we should set an example to responsible gun owners.” That’s how every gun owner should behave.

Texas Shooting: The people of America have already seen a massacre like Texas, these major attacks on schools in the last 10 years

Texas School Shooting: President Biden’s address to the nation regarding the Texas shooting, said – when will you stand against the gun lobby?