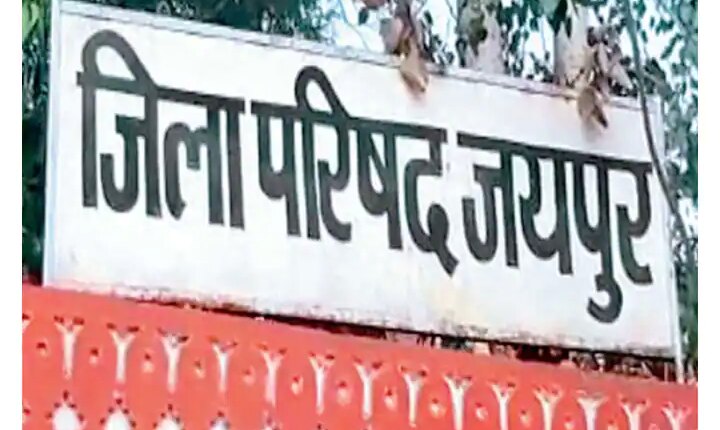 Everyone was astonished by these allegations of BDO in a packed meeting. While narrating his ordeal, BDO Krishna Maheshwari wept bitterly in the full house. Along with this, the BDO even made a demand to transfer the Zilla Parishad CEO in front of everyone.

It has become a topic of discussion when the video of the case went viral. High voltage drama was shown in the meeting when Pradhan also made allegations against his BDO. Actually, the meeting of the Zilla Parishad was organized under the chairmanship of the district head Rama Devi. During the discussion on development works in the meeting, information about their area was sought from the BDO of Chaksu Panchayat Samiti. During this, BDO Krishna Maheshwari alleged in the meeting that Badrinarayan Chaudhary, husband of Chaksu Pradhan Uganta Chaudhary, had spoiled the atmosphere of the Panchayat Samiti. He comments on women and even comes to the office to see the files without asking.

can’t do so much slavery

BDO Krishna Maheshwari did not stop here. He also accused Badrinarayan Chaudhary of talking to the employees in abusive language. Maheshwari said that she was given so much stress that she had to take leave for two months. She clearly said that I cannot enslave them. During this, Krishna Maheshwari started crying bitterly. Seeing him in this condition, the members and officers present in the meeting were surprised. Some officers took care of him.

On the other hand, Chaksu Pradhan Uganta Chaudhary has also retaliated on the allegations of Krishna Maheshwari. He accused Maheshwari that the BDO calls us illiterate and also makes threats in the matter. He also demanded an inquiry accusing Krishna of corruption. At the same time, now the district chief (Zila Pramukh) Ramadevi Chopra has decided to constitute an inquiry committee. He said the committee would investigate the allegations. Ramadevi clearly said that public representatives want to work. But the government is putting pressure on the state workers, so that our work cannot be done.

read this also: Rajasthan News: Three sisters were married in a family, now committed suicide together, wrote in WhatsApp message – now everyone will be happy

read this also: Jaipur Water Crisis: The color of the city blew pink in the scorching heat, people struggling with water scarcity