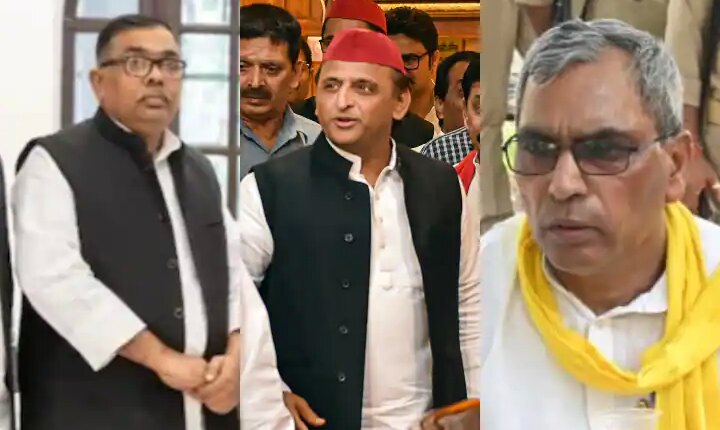 UP Legislative Council Election 2022: As soon as the MLC candidates were announced, there has been a mahabharat in the Samajwadi Party (SP) and its allies. Mahan Dal President Keshav Dev Maurya has announced his separation from the alliance. So the people of Om Prakash Rajbhar’s party have also started chanting against Akhilesh Yadav. This time the Samajwadi Party has not given ticket to the leader of any ally in the Legislative Council elections.

Rajbhar was lobbying for his elder son Arvind. He also spoke to Samajwadi Party President Akhilesh Yadav about this. But it didn’t work out. These days Om Prakash Rajbhar is campaigning for the Samajwadi Party in Azamgarh. Akhilesh’s cousin Dharmendra is contesting the Lok Sabha by-election from here.

Om Prakash Rajbhar is stealing for not getting the MLC ticket for his son, but the rest of his party leaders have opened a front against the Samajwadi Party. Party spokesperson Piyush Mishra has tweeted that RLD was able to win 8 seats by contesting 38 seats, yet it got a Rajya Sabha ticket. We fought on 16 seats and won 6, yet we were neglected like this.

This is the complaint of Keshav Dev Maurya. He hoped that perhaps he would get a ticket for the MLC of his party. But Swami Prasad Maurya got this ticket. While they have lost the last election. Even after losing, Swami got the reward. Akhilesh Yadav had given ticket to Keshav Dev’s wife and son in the last assembly elections. But lost both the elections.

Now they say that Akhilesh Yadav is surrounded by sycophants. His security men take money to introduce him. They say that they have the vote of Maurya fraternity but they are running after Swami Prasad Maurya. Making many similar allegations, he also announced to be out of the Samajwadi Party alliance.

Now in such a situation, the question arises whether Om Prakash Rajbhar is also not going to take any decision like Keshav Dev Maurya. Rajbhar doesn’t want to do anything in a hurry. They are now in the mood to fathom the oil and its edge. It is a different matter that these days he is also giving a lot of advice to Akhilesh Yadav without asking.