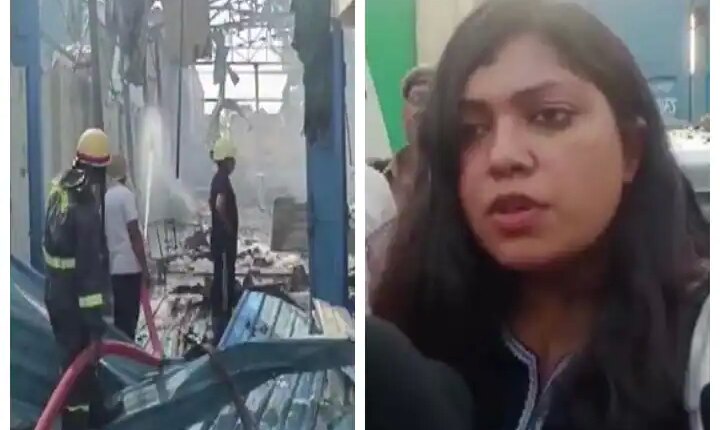 Hapur Chemical Factory Blast: After the incident of blast in a factory in Hapur district of Uttar Pradesh, now the administration team has woken up. Yesterday, 13 people were killed in the blast at Hapur’s factory. DM Medha Roopam is inspecting other factories in Hapur Industrial Area. Investigations are being done regarding the safety standards in the factories. Along with the DM, the Chief Fire Officer of the area, officers of the Labor Department are also present.

Hapur DM Medha Rupam said that we have constituted a team to investigate the factories. There are more than 2000 industries here. The team constituted will go to every factory and check the necessary documents. It will also be investigated whether the person who has been given the license of the factory is running the company or not? Whether the necessary documents are there in every factory or not.

Inspection of factories after blast in Hapur

Hapur DM Medha Rupam said that if there is any such factory which is not following the rules, then we will take action against it. Was the license given to manufacture other products in the factory where the blast took place yesterday? On this question, the DM said that the forensic team is investigating. It is of course that permission was given to make electronics goods. But the investigation of the things that have been found from there is going on. Nothing can be said till the report comes.

Let us inform that 13 people were killed in a fire in a chemical factory in Hapur district of Uttar Pradesh. The blast was so strong that the roofs of some factories located nearby were damaged. The accident happened after a boiler exploded at an industrial factory in Dhaulana, about 60 km from New Delhi. It took three hours for the fire tenders to douse the fire in the factory.