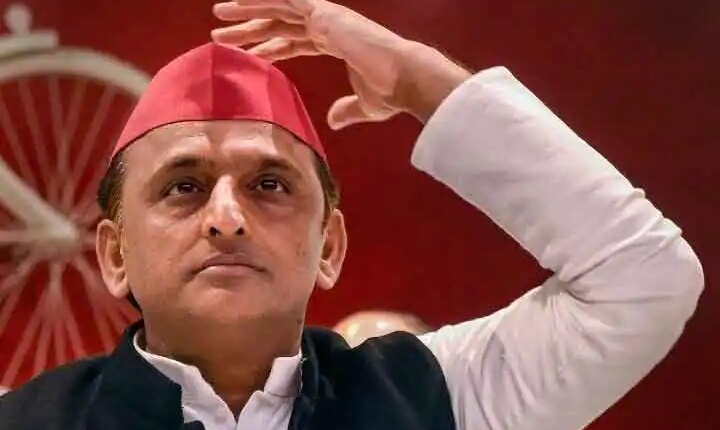 Uttar Pradesh Bypolls: There have been some by-elections in the country, due to which the politics of the whole country has been affected. The victory of Sharad Yadav in the by-election of Jabalpur Lok Sabha seat in the year 1974 and the victory of VP Singh in the by-election of the Allahabad Lok Sabha seat in the year 1988 were such elections. Now a similar by-election is going to be held in Azamgarh and Rampur (Azamgarh) seats of Uttar Pradesh. By-elections will be held on June 23 on these seats vacated by the resignations of Samajwadi Party chief Akhilesh Yadav and senior party leader Azam Khan.

This by-election will also prove to be a test of the political skills of Akhilesh Yadav. It will also be known from this election that BSP supremo Mayawati’s ‘walk over’ given to Azam Khan by not fielding candidate from Rampur and how Akhilesh Yadav cuts the stake of contesting Shah Alam alias Guddu Jamali from Azamgarh? And will Samajwadi Party be able to win Azamgarh and Rampur seats again?

These questions are now on the lips of the leaders active in the politics of UP. Amidst the discussions of the budget in the Vidhan Sabha, all the leaders are asking this question to each other. In the midst of these questions, the by-elections to be held on Azamgarh and Rampur parliamentary seats in UP are believed to affect the politics of not only the Samajwadi Party but the entire country.

SP did not disclose the names of the candidates
Both these seats are important for the party. Even after this, Akhilesh Yadav has not yet disclosed the names of the candidates contesting on these seats. But it is discussed that Akhilesh Yadav will contest his wife Dimple Yadav from Azamgarh seat or he will field Tej Pratap of Yadav family. Whereas from Rampur seat Azam Khan will be called Samajwadi Party.

candidate will be announced.

Now it will be a matter to be seen whether Azam Khan contests election for any member of his family or any other. Samajwadi Party leaders say that soon Akhilesh Yadav will meet senior party leader Azam Khan and announce the names of the candidates contesting from both the seats.

BJP has also made this preparation
Similar preparations are also being made in the BJP camp. After being cut from the Rajya Sabha ticket by the party, there are speculations about Mukhtar Abbas Naqvi contesting from Rampur seat. One big reason for this is that Naqvi has tried his luck thrice from Rampur seat. He became an MP in the year 1998, but contested elections in 1999 and 2009 but could not win and in the year 2016, the party sent him to the Rajya Sabha from Jharkhand.

There is talk of contesting Bhojpuri films star Dinesh Lal Yadav Nirhua again from Azamgarh. At present, the BJP has not yet declared the names of the party’s candidates contesting from these two seats. But the way BJP keeps conducting political experiments from time to time to test the inclination of Muslim votes, Mukhtar Abbas is more likely to be contested from Rampur. Anyway, both these seats are Muslim majority. That is why the polarization agenda of the BJP and the MY equation of the Samajwadi Party will also be tested in these two seats. The BSP has already declared its strategy to surround the SP in Azamgarh by declaring Guddu Jamali to contest the elections.

Big challenge in front of Akhilesh Yadav
Now it remains to be seen whether Akhilesh Yadav is able to remove the political stakes of BJP and BSP to win these seats. According to the leaders of the Samajwadi Party, Akhilesh Yadav will camp in Azamgarh to put these two seats in the bag of Samajwadi Party and will go there to campaign for Azam Khan in Rampur.

Money Laundering Case: On the arrest of Satyendra Jain, CM Kejriwal said – If there was even 1 percent truth in his case…

Video: Prashant Kishor with folded hands said, will not work with Congress because…