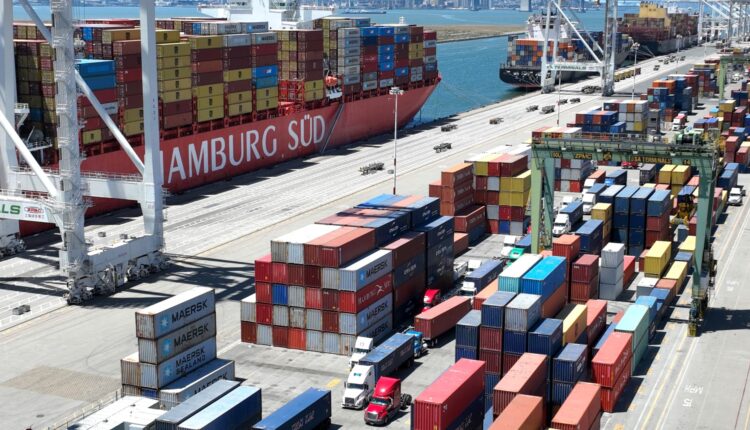 In an aerial view, a container ship sits docked at the Port of Oakland on May 20, 2022 in Oakland, California.

A crucial port workers union is shifting a planned work stoppage to daytime hours June 20 at the already-congested Port of Oakland in California, just days before the expiration of the union’s contract.

The Oakland chapter of the International Longshore and Warehouse Union, or ILWU, announced that its work stoppage meeting would be moved from the night shift to the day shift. According to a document obtained by CNBC, the first shift from 8 a.m. to 5 p.m. PT shift would be closed. Operations will resume at the port at 6 p.m.

A port official told CNBC that the change was made so Black longshoremen could celebrate the Juneteenth holiday, which is June 19, a Sunday, but will be widely observed on June 20.

The stoppage is bad news for already-snarled supply chains. The day shift is far busier than the evening shift, according to truckers familiar with the port. According to the CNBC Supply Chain Heat Map, the Port of Oakland is the worst performing port for the movement of import containers – a 9.5-day average.

Port employees were made aware of the change in a Friday morning email.

The ILWU didn’t immediately respond to CNBC’s request for comment. The contract is set to expire July 1.

The timing of this meeting change has logistics experts concerned.

“Given the slowing growth rate of the American economy, interruptions in the flow of exports are never a positive,” said Alan Baer, CEO of shipping company OL USA. “We need all sides of the supply chain functioning as this optimizes the short and long-term outlook for everyone involved.”

The Port of Oakland has also seen a drop in exports and recently announced a partnership with the USDA to provide financial aid to agricultural exporters.