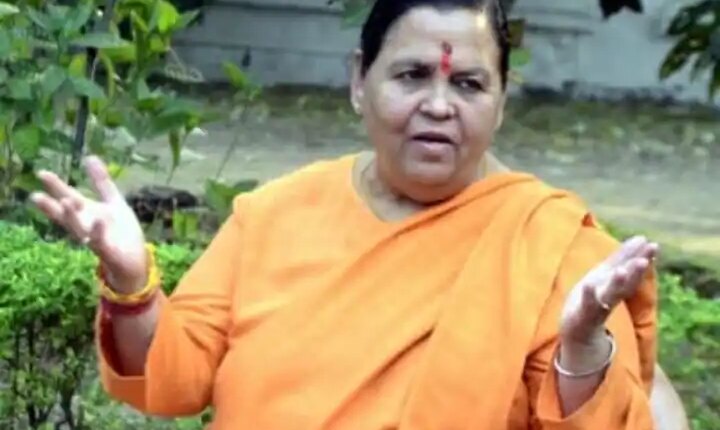 Uma Bharti On Nupur Sharma Episode: BJP leader Uma Bharti has expressed sympathy for Nupur Sharma who has been suspended from the party. During the interview, he said that the party has taken the right action against him on his statement, but despite this, we all should stand with Nupur. Uma Bharti, who spoke candidly, said that Muslim leaders should also stand by her side in view of the threats Nupur is getting.,

Justified the anger of Islamic countries

BJP leader Uma Bharti clearly said on the Nupur Sharma episode that Nupur went against the party line and spoke against other religions, so the party did the right thing with her. He said that the reaction of Islamic countries to Nupur’s statement is justified. There religion and society are not separate.

UP elections are the reason for provocative statements

Expressed concern over threats to Nupur

BJP leader Uma Bharti has expressed concern over threats to kill Nupur Sharma. He says that the death threats Nupur is getting are wrong. This is not the tradition of our society. He said, “Muslim leaders and all of us should now stand with him. He should not be thrown among the wolves”

What is Nupur Sharma controversy

After making derogatory remarks against Prophet Muhammad, the troubles of former BJP spokesperson Nupur Sharma are not stopping. The fire of this statement of his reaching from the Gulf countries is creating problems for him even in his own country. In view of the threats to kill him, Delhi Police has provided him security. On the other hand, Mumbra police in Thane district of Maharashtra has registered an FIR against him and asked him to appear for questioning on June 22. In such a situation, he may feel some relief by saying a few things in his support for senior BJP leader Uma Bharti.

Nupur Sharma Controversy: Narottam Mishra said on the threat of taking revenge from India – If Al Qaeda stays in the rules, it will be in profit