Ukraine’s Zelenskyy on food crisis, prices amid war with Russia 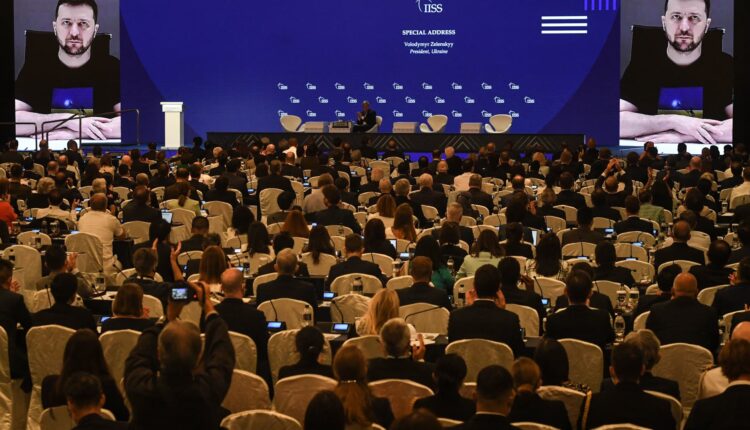 Ukraine President Volodymyr Zelenskyy warned that the world will face a “severe food crisis,” with Russia’s war on his country dragging on, as he virtually addressed the Shangri-La Dialogue in Singapore on Saturday.

Zelenskyy told delegates that his country was unable to export enough food because of Russia’s blockade at Black Sea ports, which was preventing exports from being shipped to other countries.

“The world will face an acute and severe food crisis and famine,” he said, addressing 575 delegates from 40 countries at the dialogue, Asia’s top defense conference.

Ukraine along with Russia are among the largest producers and exporters of wheat and other essential foods like other grains and oils.

Zelenskyy said that Russia’s war on Ukraine is a threat to the system of international law — beyond the impact on his country.

Zelenskyy said that Russia has embarked on a “disinformation campaign” and has alleged that its war on Ukraine is “ostensibly something about NATO … about the the intention of the West to somehow advance in Europe.”

“But in reality Russia’s war against Ukraine is not only about Europe, it is about globally important things,” he said,

Russian leadership “strives to discard” all the historical achievements of humankind, especially the system of international law,” said Zelenskyy, calling on countries to ‘break the ability” of Russia to block seas and the freedom of navigation.

“If there had been no international law, and the big fish ate the small fish and the small fish ate shrimps, we would not have existed,” he said, invoking the words of Singapore’s founder Lee Kuan Yew.

Addressing the audience from an undisclosed location in Kyiv, Zelenskyy said that Ukraine will “certainly win” this war that Russia has started, in an occasionally impassioned 20-minute address, which the delegates responded to with lengthy applause. The three-day security dialogue is being held for the first time after a two-year hiatus because of the pandemic.

Californians working from home are moving to Mexico amid inflation