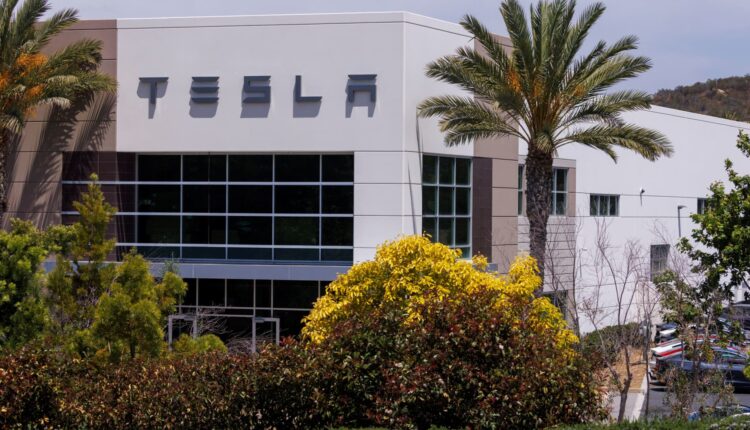 After a major pullback in Tesla ‘s share price this year, UBS says the stock looks attractive and that the electric vehicle maker’s future looks brighter than ever. UBS said it was “time to be bold” and upgraded Tesla to buy from neutral. The firm reiterated its $1,100 price target on the stock, which implies 51.6% upside from Wednesday’s closing price. “We believe the operational outlook is stronger than ever before,” UBS’s Patrick Hummel said in a research note. “We expect Tesla’s vertical integration in semiconductors, software and battery to result in superior absolute growth and profitability in the years ahead.” Shares of Tesla are down more than 31% this year and are off their November 2021 highs by more than 41%. High-flying growth stocks that trade on the promise of significant earnings in the future have struggled this year as investors eye rising interest rates and worries of a recession. Tesla’s pullback offers an “attractive entry point,” with Tesla trading close to historic lows on a price-to-earnings basis, UBS said. UBS is also bullish on Tesla’s operational momentum, with a high order backlog and two new factories in Germany and Texas. Plus, the firm believes Tesla’s supply chain prowess is an undervalued asset for the EV maker. “The market still underestimates how much better Tesla will fare vs. competitors in terms of growth & profitability,” Hummel said. UBS is not worried about Tesla CEO Elon Musk’s intentions of cutting 10% of salaried employees , saying the plans “don’t change this long-term outlook, in our view.” Tesla rose about 3% in the premarket Wednesday. —CNBC’s Michael Bloom contributed reporting.