UBS downgrades lithium name Albemarle after 35% rally in May 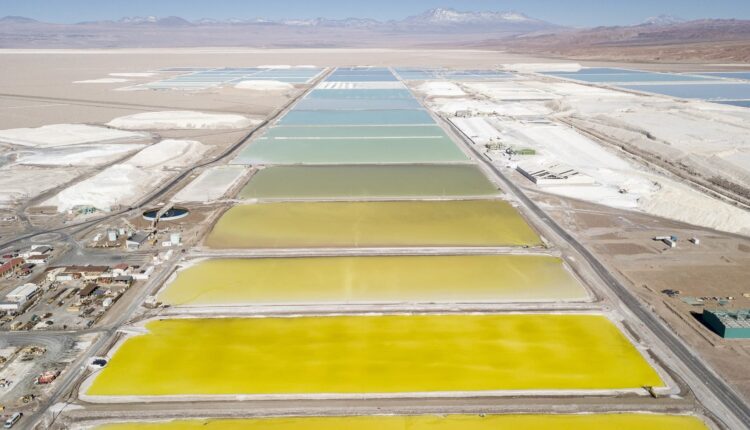 UBS cut lithium company Albemarle to a neutral rating from buy on Thursday, after the stock’s 35% surge in May — even as the broader market faltered. Much of the stock’s rally is due to the company reporting strong earnings at the beginning of May amid a boom in lithium prices. The company hiked its full-year guidance twice over the course of the month. At this point, UBS said that near-term earnings growth has been pulled forward into 2022 and the first half of 2023. “While this benefits near term earnings, lithium prices are now well above the cost curve, and the likely direction of pricing over the next 5 years is down,” analysts led by Joshua Spector wrote in a note to clients. “Near term earnings could still move higher, as we est. ALB’s realized lithium pricing is still well below current spot prices, however the market is discounting further raises as the current pricing level is not sustainable,” the firm added. Lithium prices have gained more than 700% since January 2021, according to the International Energy Agency. Demand has rebounded amid projections for an electric vehicle boom, while supply has remained tight. Further, the mining industry had underinvested prior to the pandemic taking hold, following a period of lackluster lithium prices. Albemarle, which operates the only large lithium mine in the U.S., is moving toward variable contracts so that the company can capture more of the upside prices. But lithium is only one part of Albemarle’s business, and UBS said the company’s other divisions will not grow materially. “While ALB has best in class lithium assets and among the lowest operating costs (i.e. highest margins), we believe much of this is priced in at current levels. And with lower growth, and the market heavily discounting further near term raises, we see risk/reward as now relatively balanced,” UBS said. Shares of Albemarle advanced more than 3% on Thursday. For the year, the stock is up roughly 6%. – CNBC’s Michael Bloom contributed reporting.