U.S. monkeypox cases have more than doubled over the last week to 20, CDC says 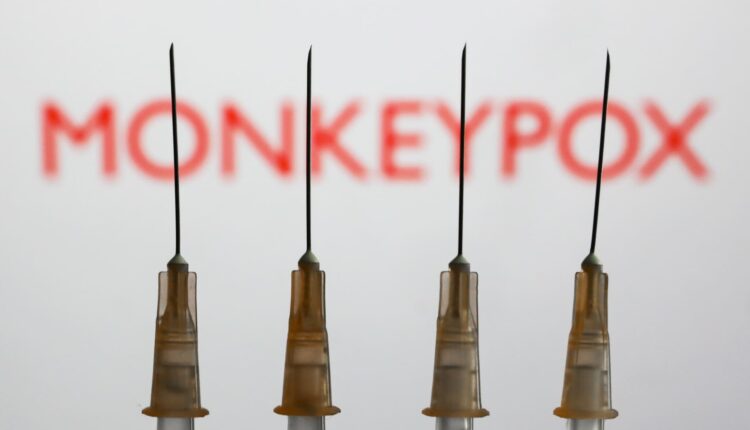 The World Health Organization has said that there is a “window” of opportunity to contain a recent monkeypox outbreak which has seen cases spread across Europe, the U.S. and Australia.

The U.S. has identified 20 confirmed or suspected monkeypox cases across 11 states as public health authorities increase testing in an effort isolate patients and prevent the virus from spreading in communities, according to the Centers for Disease Control and Prevention.

Dr. Jennifer McQuiston, a CDC official, said the overall health risk to the public remains low right now. Most of the U.S. patients had a history of international travel and it’s likely that they caught the virus while abroad, but the virus could be spreading domestically, McQuiston said.

“There could be community level transmission that is happening, and that’s why we want to really increase our surveillance efforts,” McQuiston told reporters during a call on Friday. “We want to really encourage physicians that if they see a rash and they’re concerned it might be monkeypox to go ahead and test for that,” she said.

However, there appears to be a higher risk for gay and bisexual men at the moment. Of the 17 patients that have provided detailed information to the CDC, 16 self identified as men who have had sex with men, McQuiston said. Anyone can catch monkeypox through close physical contact and the CDC is closing monitoring for cases across all groups in the U.S. However, public health authorities are working to raise awareness in the LGBTQ community, McQuiston said.

“Our priority is to help everyone make informed decisions to protect their health and the health of their community guided by science,” she said.

There have been no reported deaths from monkeypox during the current outbreak in the U.S. or Europe, McQuiston said. All the patients are either in recovery or have already recovered, she said. The West African strain of monkeypox is behind the current outbreak, which is less severe than the other strain known as Congo Basin, according to the CDC.

Fourteen of the 17 patients that provided detailed information had a history of international travel to 11 different countries during the 21 days prior to symptom onset, according to the CDC. The other three patients either had contact with known cases or don’t know how they caught the virus, McQuiston said.

The current monkeypox outbreaks are unusual because they are occurring in countries in North America and Europe where the virus is not typically found. Monkeypox infections normally occur in remote areas of West and Central Africa, where the virus often spreads from rodents to people.

The World Health Organization has identified more than 550 monkeypox infections across 30 countries, with most of the cases reported in European nations. The sudden appearance of monkeypox cases in multiple countries indicates the virus has been spreading undetected for some time outside West and Central Africa, said WHO Director-General Tedros Adhanom Ghebreyesus during a press conference in Geneva on Wednesday.