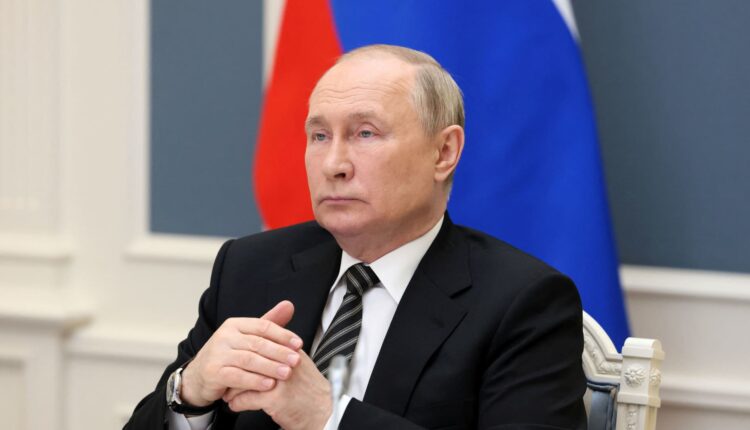 The Treasury Department on Thursday said it expanded its Russian sanctions to further crack down on Moscow’s access to yachts as the U.S. continues to punish President Vladimir Putin for his decision to invade Ukraine.

Specifically, Treasury blocked the use of two ships — the Russia-flagged Graceful and the Cayman Islands-flagged Olympia, saying Putin has used them for travel in the past.

“While the leader of Russia, Putin has taken numerous trips on these yachts,” the Treasury department said in a press release, “including a 2021 trip in the Black Sea where he was joined by Alyaksandr Lukashenka, the OFAC-designated corrupt ruler of Belarus, who has supported Russia’s war against Ukraine.”

The U.S. and its allies have imposed a raft of unprecedented sanctions on Russia’s economy since Moscow attacked Ukraine on Feb. 24.

The OFAC said it will target two other ships, Shellest and Nega. Shellest, officials said, occasionally travels to the coast where Putin’s infamous Black Sea palace is located, while Nega ferries Putin for travel in Russia’s north.

U.S. officials have for months said that Russian yacht and yacht management businesses are key to the country’s industrial complex and its web of shell companies that helps Moscow’s elite channel billions of dollars into luxury assets like superyachts and villas.

Many of Russia’s wealthiest citizens, with businesses linked to the Kremlin, plow hundreds of millions of profits into yachts: Gold-and-marble bathroom fixtures, decks made of rare wood and sized to accommodate helicopters, cars and several swimming pools.

U.S. financial and law-enforcement officials are trying to put pressure on Putin by seizing these the ships as they come to anchor in allied ports.

A report from The New York Times published Wednesday stated that Imperial Yachts, a ship management company, caters to oligarchs whose wealth rises and falls based on the decisions made by Putin.

One day later, OFAC said that the Monaco-based company and its Russian CEO, Evgeniy Kochman, are now subject to U.S. sanctions.