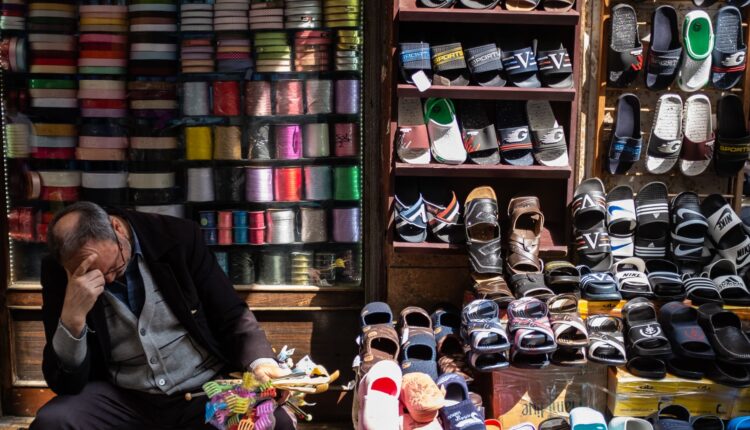 A man sells slippers in Eminonu on May 5, 2022, in Istanbul, Turkey. The country has enjoyed rapid growth for years, but President Erdogan has for years refused to meaningfully raise rates to cool the resulting inflation. The result has been a plummeting Turkish lira and far less spending power for the average Turk.

Turkey’s inflation for the month of May rose by an eye-watering 73.5% year on year, its highest in 23 years, as the country grapples with soaring food and energy costs and President Recep Tayyip Erdogan’s long-running unorthodox strategy on monetary policy.

Turkey has enjoyed rapid growth for years, but Erdogan has for years refused to meaningfully raise rates to cool the resulting inflation, describing himself as a sworn enemy of interest rates. The result has been a plummeting Turkish lira and far less spending power for the average Turk.

Erdogan instructed the country’s central bank — which analysts say has no independence from him — to repeatedly slash borrowing rates last year even as inflation continued to rise. Central bank chiefs who expressed opposition to this course of action were fired; by the spring of 2021, Turkey’s central bank had seen four different governors in two years.

The Turkish president vowed to deliver a new economic model that would bring about a boom in export wealth thanks to a cheaper lira, and then tackle inflation by getting rid of Turkey’s longtime trade deficit. That has not happened, and now sky-high costs for energy imports that need to be paid in dollars — a lot more dollars, thanks to the weakness of the lira — are putting intense pressure on the economy.

Economic analysts expect the trajectory for Turkey’s inflation will only get worse.

“The laser focus on heterodox measures over conventional monetary policy will unlikely solve the inflation challenge and we anticipate levels breaching 80% y/y in Q3-22,” Ehsan Khoman, director of emerging markets research for Europe, the Middle East and Africa at MUFG Bank, wrote on Twitter following the release of figures.

Speaking to CNBC, Khoman added that he expects Turkey’s inflation to “stay north of 70% y/y until November owing to a confluence of elevated commodity prices, rising domestic production costs and a precipitously depreciating lira.”

“Turkey back in the inflation age of the 1990s. Looks as if Erdogan has lost his last econ credibility,” Holger Zschapitz, finance editor at German daily Die Welt, wrote on Twitter. “Erdogan’s unorthodox strategy for managing the country’s $790bn econ continued to backfire,” he wrote in another tweet.

The 73.5% figure for Turkey’s consumer price index is up from 70% the month before.