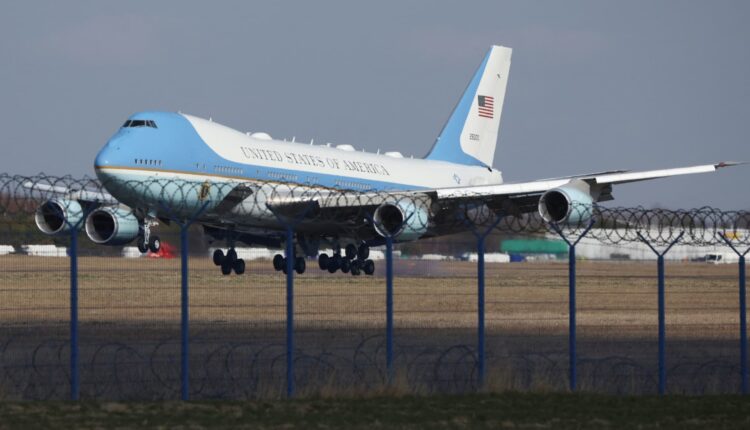 A model of the proposed paint scheme of the next generation of Air Force One is on display during a meeting between U.S. President Donald Trump and Canadian Prime Minister Justin Trudeau in the Oval Office of the White House June 20, 2019 in Washington, DC.

The Biden administration will scrap a paint scheme for Air Force One proposed by former President Donald Trump, after the Air Force determined the design would create too much heat for the presidential aircraft, a U.S. official said on Friday.

The current exterior color scheme on the presidential aircraft, known as Air Force One when the president is on board, is white with two shades of blue and dates back to President John F. Kennedy’s administration.

Trump, who left office in January 2021, wanted to change it to red, white and blue.

“The Trump paint scheme is not being considered because it could drive additional engineering, time and cost,” an administration official said on condition of anonymity.

On Wednesday, an Air Force spokeswoman said darker colors, among other factors, on the underside of Air Force One “might contribute to temperatures exceeding the current qualification limits of a small number of components.”

The Pentagon said this year that the planes are not likely to be delivered until 2026.

A Boeing spokesperson said it was making progress, “while navigating through some challenges.”

The paint scheme decision was reported earlier by Politico.