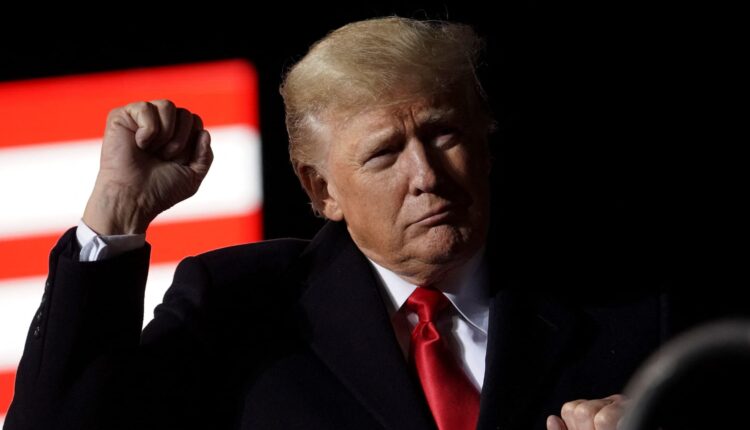 The new details will show how that effort directly led to the violence at the Capitol on Jan. 6, 2021, by a mob of Trump supporters, committee aides told reporters on a call previewing the hearings.

The nine-member committee is expected to show video from the day of the attack, and to hear testimony from a Capitol Police officer, Caroline Edwards, who suffered a traumatic brain injury from the violence.

Also scheduled to testify is Nick Quested, a documentary filmmaker, who was following members of the far-right Proud Boys group in the days before the riot and on the day of the invasion itself.

A panel aide said that the committee will also present previously unseen records and tape from prior witnesses interviews, including senior Trump administration officials, campaign aides and family members of the former Republican president.

Thursday’s hearing comes after 10 months of investigation by the select House committee, which has conducted more than 1,000 witness interviews and gathered more than 140,000 documents, as well as video and audio from the riot that has yet to be made public, an aide said.

“The select committee will start to present the American people with our initial findings about the attack of January 6 and its causes,” a panel aide told reporters Wednesday afternoon, speaking on the condition that they would not be identified by name in order to discuss the hearing.

“We will be revealing new details showing that the violence of January 6 was the result of a coordinated, multi-step effort to overturn the results of the 2020 election and stop the transfer of power from Donald Trump to Joe Biden, and indeed that former president Donald Trump was at the center of that effort.”

The aide also said, “There will be a lot of new information revealed at [Thursday’s] hearing that goes beyond the testimony we hear from the live witnesses.”

Just two members of the panel are Republicans: Cheney, and Rep. Adam Kinzinger of Illinois, both of whom were appointed with the Democrats on the committee by House Speaker Nancy Pelosi, D-Calif.

Cheney lost her position as chair of the GOP House conference because of her participation on the committee and is now a pariah to many of her fellow Republicans.

The riot began after weeks of false claims by Trump that he had actually won the 2020 presidential election’s popular vote, and that Biden’s Electoral College victory was invalid, because it was based on ballot fraud that occurred in a handful of swing states.

No court accepted those arguments. And Trump’s own attorney general at the time, William Barr, said the claims had no merit.

But the invasion of the Capitol delayed for hours the confirmation of Biden’s electoral win by a joint session of Congress, whose members fled and hid as a horde of rioters swarmed through the complex, and into the Senate chamber itself.

Five people died in connection with the riot, among them a Capitol Police officer, and a member of the mob who was shot while breaching a room adjacent to the House chamber.

The insurrection injured more than 100 police officers and led to more than 800 arrests, making it one of the largest criminal probes in the history of the Justice Department.

More than 300 Capitol riot defendants have pleaded guilty, and five have been convicted at trial.

The next scheduled public hearing for the committee is set for Monday morning, and the third session has been scheduled for Wednesday.

There could be as many as eight public hearings by the committee this month, with additional sessions possible after that.

The aide noted that the hearings represent the committee’s initial findings, and that “the investigation is ongoing.”

“We’re viewing this as revealing our initial findings to the American people in this initial set of hearings,” the aide said. “Everything remains on the table for what we may see down the road.”

They noted that the panel is required to issue a final report. Thompson, the panel’s chairman, has indicated that report may arrive by the fall.

Even as the committee begins to publicly reveal its work, it continues to seek testimony from some key witnesses.

Last month, the panel issued subpoenas to McCarthy, the GOP House leader, and four other Republican lawmakers who refused to voluntarily cooperate with the investigation.

Some members of that group have indicated they may not comply with those subpoenas.

McCarthy and Jordan, one of the other subpoena targets, argued in a Wall Street Journal op-ed that the select committee is “weaponizing government to attack Republicans.”

Two former Trump White House top aides, Peter Navarro and Steve Bannon, have been criminally charged with contempt of Congress for refusing to comply with subpoenas issued by the committee.

The Justice Department decided not to pursue criminal charges against former Trump White House chief of staff Mark Meadows and aide Dan Scavino for their own refusal to comply with committee subpoenas.