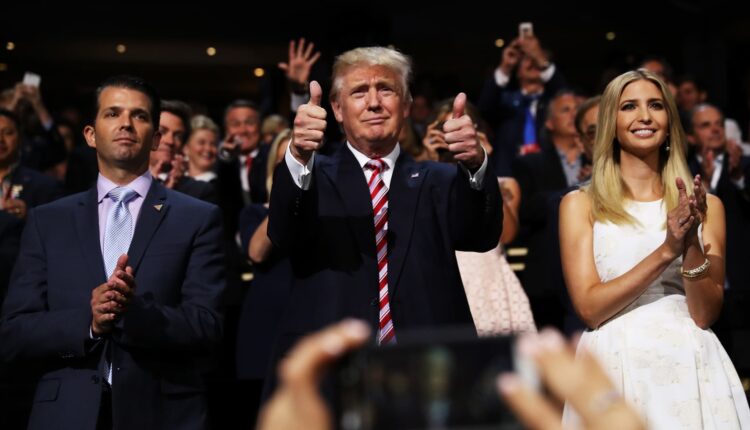 Republican presidential candidate Donald Trump (C) gives two thumbs up as Donald Trump Jr. (L) and Ivanka Trump (R) stand and cheer for Eric Trump as he delivers his speech during the third day of the Republican National Convention on July 20, 2016 at the Quicken Loans Arena in Cleveland, Ohio.

Former President Donald Trump and two of his adult children are tentatively set to begin testifying as part of an investigation of the Trump family business by the New York attorney general on July 15, a court filing revealed Wednesday.

The agreement to testify by Trump and Donald Trump Jr. and Ivanka Trump is conditional.

The testimony would not occur on that date if a a New York state appeals court issues a stay of a judge’s order that the Trumps must answer questions under oath by investigators for Attorney General Letitia James.