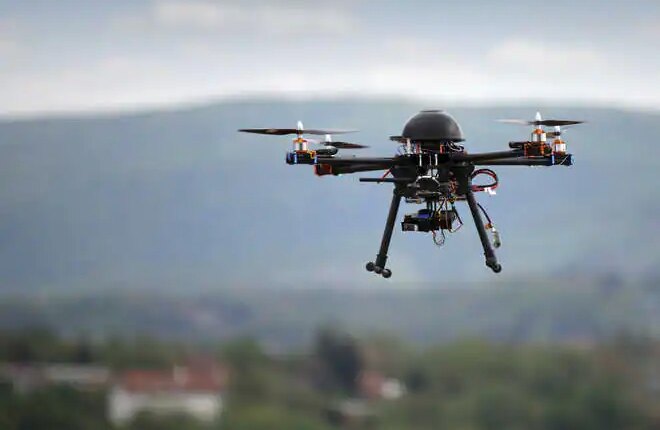 BSF Firing On Drone: Once again the movement of the drone was seen in Jammu. According to the information, BSF suspected some light blinks in Arnia area around 4.15 am. Later it was found that it was a drone. After this the BSF fired several rounds and that drone returned. This drone was flying at an altitude of 300 meters. Just two days ago, in Akhnoor area of ​​​​Jammu, BSF was found flying a drone at an altitude of 800 meters, after which firing was done and that drone went back.

Even before this, a drone was shot down by the BFF in Kathua district in which something like a bomb was found. The local people had seen the drone and informed the police after which it was shot down. The drone found in Kathua district was shot down by the BSF but fired only two rounds in the Akhnoor sector, after which the drone returned. Let us tell you that there are incidents of drones coming from across the border again and again.

IEDs being sent in drones from across the border

Improvised Explosive Device (IED) is being sent across the border through drones as part of a strategy. Which is mostly being dropped near the highway. The purpose of which is that the IED can easily reach the helpers working for the terrorists. For the past few days, there have been many cases of dropping explosives through drones from across the border. The IED found in Kanachak area on Tuesday was also near Akhnoor on Jammu-Poonch Highway. A few days ago, in Kathua’s Rajbagh, the drone with the payload had reached the highway.

That’s why the IED is dropped on the highway.

A police officer said that IEDs are dropped on the highway from across the border so that the helpers who came to collect it do not face any problem. If there is a situation of getting stuck somewhere, then it is easy to escape. There is more movement of vehicles on the highway. It becomes difficult to identify here. According to the information, in the last one year in Kathua, Akhnoor, Arnia and Samba, 7 cases of bringing IEDs and weapons from across the border through drones have been reported. But none of these receivers has been caught.

read this also: Drone In Valley: Drone seen at an altitude of 800 meters in Jammu’s Akhnoor, returned after BSF firing