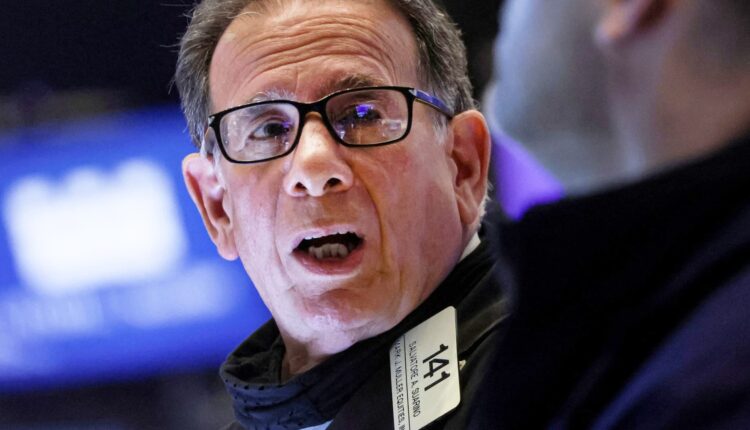 A sustained recovery in tech is becoming increasingly unlikely, according to Bank of America. Tech is the third-worst performing sector in the S & P 500 , down roughly 20% for the year — on pace for its worst annual decline since 2008, when it dropped 43.7%. To be sure, the sector has also posted yearly gains in each of the last three years, and it’s risen in 12 of the last 14 years. Much of that outperformance was driven by several factors, including low interest rates, “disinflation from demographics and disruption,” globalization and a shift from active to passive investing, Bank of America’s Savita Subramanian said on Friday. But now “the tailwinds in the 2010s are reversing: higher rates, historic inflation, de-globalization, and tighter policy pose risks to the last decade’s winner,” wrote the bank’s head of U.S. equity and quantitative strategy. U.S. inflation is climbing at its fastest pace in roughly four decades, leading the Federal Reserve to raise rates twice already this year. The central bank is also expected to continue hiking rates through year-end. Additionally, the Fed has been rolling back stimulative measures put in place at the onset of the Covid pandemic to support the economy. Higher interest rates hurt growth companies in tech that depend on cheap money to grow their businesses, and they lessen the present value of profits that are forecast sometime into the future. “Rising cost of capital has been extremely painful for Growth stocks,” Subramanian said. “Since 2018, real rates have shown a strong inverse correlation (-95%) vs. the relative performance of Russell 1000 Growth over Value, indicating lower rates fueled Growth stocks over Value.” That said, there are some beaten-down stocks in the space that Bank of America thinks can do well near term. The firm highlighted several tech and telecommunications stocks that are down more than 25% from their highs but sport strong free cash flows. Chipmaker Qorvo is on Bank of America’s list. The stock is down more than 45% from its 52-week high and off by nearly 30% year to date. However, Qorvo has a free cash flow to enterprise value of 9.2%. Micron Technology , another semiconductor maker, also made the list with a 7.4% free cash flow to enterprise value. The stock is down more than 28% from its recent high and off by 24.5% year to date. Other stocks on the Bank of America screen include Facebook-parent Meta , Global Payments and Gartner . To be sure, the overall tech sector will likely continue to struggle going forward. “Following the Tech Bubble, it took about 10 years for the Tech sector to recover and regain its lead,” Subramanian said, noting that during that period, “investors forgot about Tech.” “Today, that is not the case: screen requests are dominated by ‘washed out Growth and Tech,’ Tech and TMT are still the most overweight sectors, Growth still trades one std. dev. expensive vs. Value,” she said. So, when will it be time to buy tech again? “When you stop asking,” added the strategist.