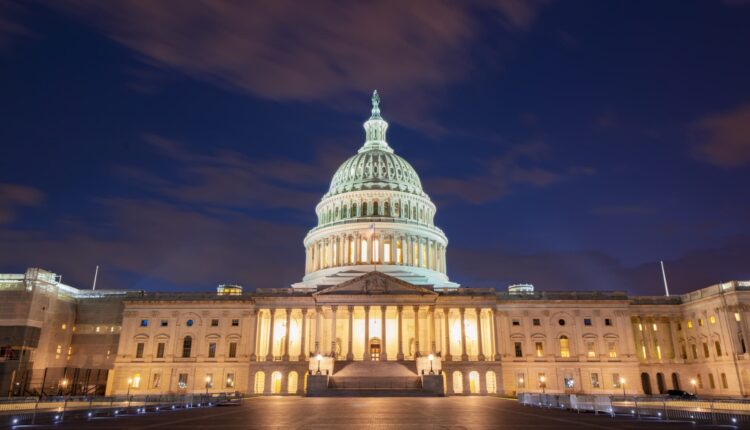 As retirement legislation continues to evolve in Congress, some lawmakers are hoping to address what they view as a persistent problem: lack of access to a workplace plan among low- and middle-income workers.

A bipartisan, bicameral group of lawmakers has started work on a bill to tackle just that. While legislation commonly known as Secure 2.0 includes proposals aimed at expanding both access and the ability to save, it won’t necessarily reach people whose company offers no plan, say advocates.

“If Secure 2.0 passes, we’ll still have a fundamental problem,” said John Lettieri, president and CEO of the Economic Innovation Group, which supports the congressional group’s goal.

More from Personal Finance:
25% of Americans delaying retirement due to inflation
Here’s what you need to know about reverse mortgages
The first financial steps to make after losing a spouse

“”Let’s address where the biggest gap exists, which is in the bottom 50% [of the wealth distribution], where most workers don’t have access to an employer-sponsored plan and don’t benefit from current incentives to save,” Lettieri said.

An estimated 57 million workers have no retirement plan offered through their job, according to Georgetown University’s Center for Retirement Initiatives. And low-earning employees are far less likely to have one: Among those in the bottom 25% of wages, 42% have access to a workplace plan, compared with 88% in the highest 25% of wages, research from the U.S. Bureau of Labor Statistics shows.

The congressional group — which consists of Sens. John Hickenlooper, D-Colo., and Thom Tillis, R-N.C., and Reps. Terri Sewell, D-Ala., and Lloyd Smucker, R-Pa. — is exploring the idea of a program modeled after the federal Thrift Savings Plan, or TSP, according to people familiar with the group’s efforts. That’s the retirement plan available to federal employees, as well as members of Congress and the military.

The TSP includes some features that research shows improve retirement savings, including auto-enrollment, which started in 2010. Before that, the overall participation rate was 60%, according to a 2020 report from the Congressional Budget Office. Once the change was implemented, it was 96.7%.

Among those with a high school degree or less, the participation rate was 95% five years after auto-enrollment was introduced, according to research released last year by Lettierie’s group. Likewise, the bottom one-third of earners increased their participation to 95% from 74%.

“If you don’t have auto enrollment, participation will never be where it’s supposed to be,” Lettieri said.

If you don’t have auto enrollment, participation will never be where it’s supposed to be.

President and CEO of the Economic Innovation Group

Secure 2.0 — a version of which cleared the House in late March — does include provisions aimed at increasing access, such as letting certain part-time employees who work at least 500 hours for two consecutive years to be eligible for their company’s 401(k) plan.

Additionally, the House-passed bill includes a requirement that companies automatically enroll workers in their plan. However, it excludes existing plans, businesses with 10 or fewer employees and companies that are less than 3 years old. And, the Senate proposal would not require auto-enrollment but rather would give companies incentives to implement that feature — and it’s uncertain whether either provision would make it into a final bill.

Yet for plans with an auto-enrollment feature, participation rates can be above 90% — depending on the industry and particulars of the plan — compared with rates in the 50% range for plans where workers must actively sign up, according to Pew Charitable Trusts.

The TSP also offers matching contributions of up to 5% of pay (it was 3% before 2020) and is low-cost (the latest estimate is 0.042% of assets, according to the research from Lettieri’s organization.)

The working group will likely release its bill in the coming months, according to a congressional staffer. This isn’t the first time lawmakers have floated the creation of a retirement program based on the TSP, but legislative proposals have never gained traction.

A handful of states also have launched initiatives to reach more workers, and others are in the works. Those programs generally auto-enroll workers in a Roth individual retirement account.

“State-run efforts are better than nothing, clearly,” Lettieri said. “The challenge is they [generally] aren’t portable across state lines, don’t include matching contributions and they are limited in scale they can achieve.

“But in the absence of the right kind of federal policy, it’s good states are trying to fill the gap where they can,” he said.

Meanwhile, various committees in the Senate expected to mark up that chamber’s Secure 2.0 proposals either this month or next, said Paul Richman, chief government and political affairs officer for the Insured Retirement Institute. The Finance Committee alone has more than 100 proposals to sort through for inclusion.

Richman’s group, which is waiting to review any results from the congressional working group, has supported a bill that addresses the savings gap differently: Not only would auto-enrollment be mandated, but all companies with five or more employers would be required to offer a retirement plan.

“We think requiring retirement plans to be offered with automatic enrollment is the way to go … to expand and increase opportunities for workers, especially for those in the low- and middle-income populations,” Richman said.