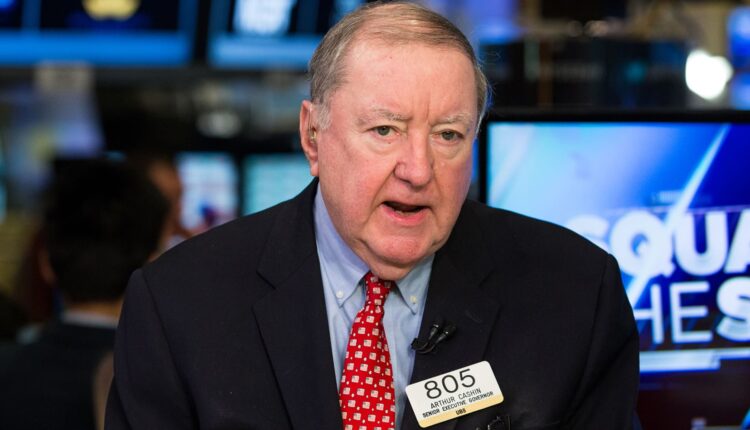 The S & P 500 is trading in a tight range that could soon give way to a sizable move in either direction, according to UBS’ Art Cashin. The veteran stock trader said on CNBC’s ” Squawk on the Street ” that the market was bouncing between key areas of resistance and support. “This is a market that is taking its own pulse, and taking its own temperature,” Cashin said. The S & P 500 was down slightly on Wednesday after closing around 4,160 in the previous session. Cashin pointed to the 4,175 level as an upside resistance level for the market. “If we punch through there, there’s more significant resistance at 4,200,” he said. Below that, Cashin highlighted 4,080 and 4,050 as key support levels to the downside. Tuesday’s intraday low for the index was 4,080. Many traders use resistance levels and technical indicators as markers of a potential breakout move for stocks, whether up or down. “In each case, traders will look to see if things like the algorithms kick in. Do these levels work as triggers? Once they’re pierced, does that bring in cascade selling, or instead short covering,” Cashin said. Longer-term, Cashin believes stocks could struggle as investors and companies come to terms with a slowdown in earnings. “You’re already seeing the analysts beginning to mark down some of the earnings, and I think you’re going to get, maybe not Target-like surprises, but I think as we get to the end of this month and the beginning of next month you’re going to see companies change their guidance,” Cashin said.