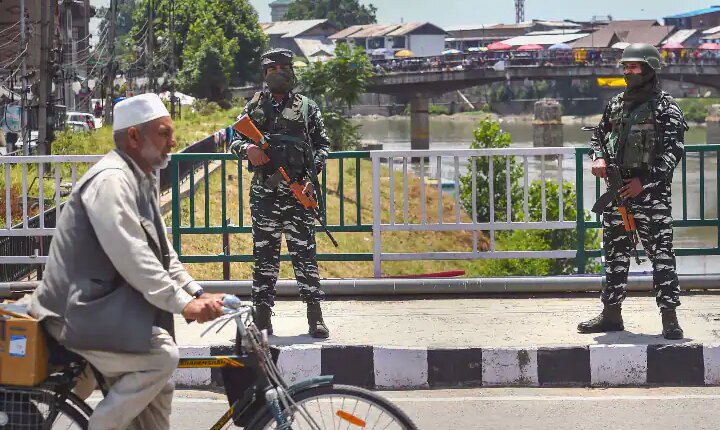 Target Killing In Jammu Kashmir: A meeting was held between Union Home Minister Amit Shah and the Lieutenant Governor of Jammu and Kashmir on Friday regarding the security of Jammu and Kashmir. Meanwhile, government sources said that the aim of target killing in Jammu and Kashmir in the past is to spoil the atmosphere in the state. Sources say that such an incident is being carried out to create an atmosphere of fear in the valley.

Sources said that government employees coming from the minority community are being given posting in safe places. However, government sources made it clear that at present there is no plan to transfer all such employees to the Jammu region as doing so would be to make the plans of the terrorists successful.

According to government sources, the latest incidents of target killing are showing the desperation of the terrorists as the situation is returning to normalcy in the state. According to him, the normalizing situation can be gauged from the fact that no bandh or strike was called on any day in 2021. Sources claimed that this year a record number of tourists are coming to the state. From January to May 31 this year, about 10 lakh tourists have come to the state, which is the highest number till date. While the number is likely to increase further in June.

Kanpur Violence: Yogi government has become strict on the violence in Kanpur, gangster act will be imposed on the accused, properties will be confiscated. 10 big things

How Did Stone Pelting Happen Between Two Communities In Kanpur ?