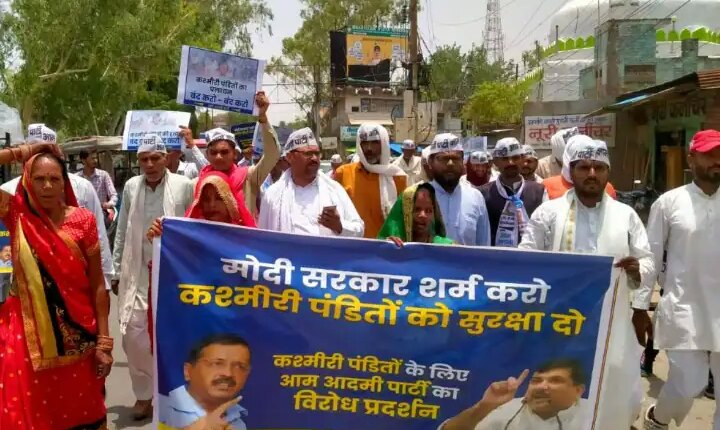 Aam Aadmi Party has also shared a photo with the tweet. In this picture it is written, “For Kashmir Pandits, ruckus on the failure of Modi government for the country. Big protest by Aam Aadmi Party in Delhi.”

Before this, veteran leaders of many parties including party chief and Delhi Chief Minister Arvind Kejriwal have demanded from the central government to stop the exodus of Hindus from Kashmir. Actually, Kashmiri Pandits are migrating from their homes due to the incidents of continuous target killing. At the same time, in many parts of Anantnag and Kulgam, Kashmiri Pandits have demanded protection from the local administration so that they can leave the valley without any hassle and go to a safe place. Let us tell you that after the murder of Rahul Bhatti in Kashmir, continuous demonstrations of Pandits are going on.