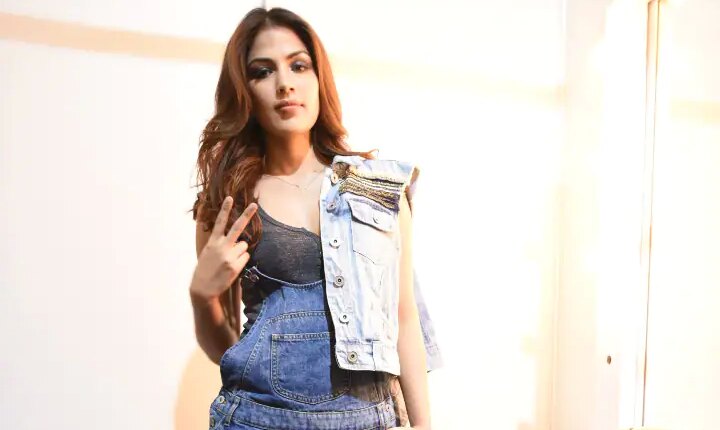 Sushant Singh Rajput Case: Actress Rhea Chakraborty, accused in the drugs case related to Sushant Singh Rajput death case, has got relief from a Mumbai court. The court has allowed him to go abroad conditionally. The court said that the actress will have to make daily attendance at the Indian Embassy in Abu Dhabi and produce that attendance sheet before the court on June 6. Along with this, they will have to deposit Rs 1 lakh in the registry of the court as additional security.

Let us tell you that Riya was arrested by the NCB in the drugs case and for this reason her passport was also deposited. Riya’s lawyer had applied in the court that Riya has to go to Abu Dhabi from June 2 to June 8 for the IIFA Award, for which she should be given her passport.

Riya’s counsel had told the court that the director and co-founder of IIFA invited Riya to walk the green carpet and present an award on 3 June 2022 and host an interaction during the main award ceremony on 4 June 2022. Has gone.

The lawyer said that due to this ongoing criminal case and the surrounding circumstances, Riya has already suffered significant setbacks in her acting career and has suffered financial losses. Hence such opportunities are extremely important for Riya’s future prospects in the film industry and greatly affect her ability to earn her livelihood. Apart from this Riya’s aged parents are also financially dependent on her.

The court accepted the application and directed Riya to give her passport. The court has allowed him to use the passport till June 5 and asked him to hand it over to the passport checking officer on the 6th.

The arrest took place in September 2020

Let us tell you that in the year 2020, NCB had registered a case against Rhea Chakraborty. He was called for questioning on 6, 7, 8 September 2020 to investigate the matter and was arrested on 8 September. On the same day, the court sent him to jail custody. After this, the very next month i.e. on 7 October 2020, Rhea Chakraborty was released on bail by the High Court.

KK Death Mystery: Heart Attack or Natural Death? These 5 big questions are arising on the death of singer KK after the live concert