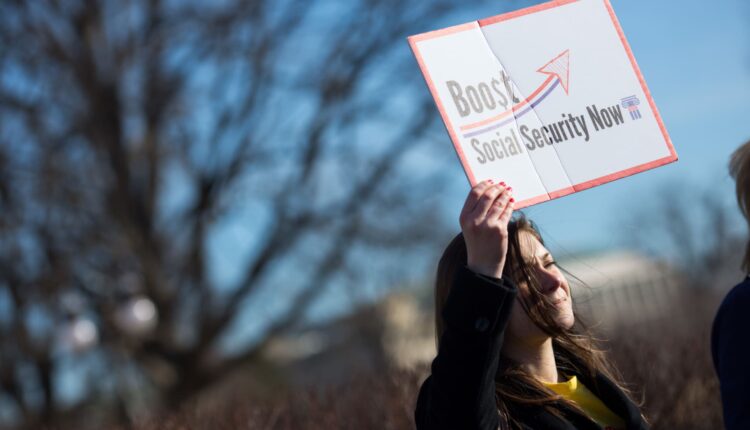 The clock is ticking when it comes to how long Congress has to act to repair Social Security’s trust funds.

New projections from the program’s trustees show the combined trust funds will be depleted in 2035, at which point 80% of benefits will be payable. That’s a year later than last year’s projected depletion date. Still, the outlook for the program’s ability to continue to pay full benefits as promised is grim.

Lawmakers generally have a handful of options, including cutting benefits, raising taxes or a combination of both.

But those are tough choices for leaders who want to stay in the public’s good graces, leading Social Security to be called the “third rail” of politics. Notably, some lawmakers have put forward proposals to shore up the system, including the Social Security 2100 Act proposed by Rep. John Larson, D-Conn.

More from Personal Finance:
Social Security cost-of-living adjustment in 2023 may be a record
Congress has plan to fix Social Security benefits
Supplemental Security Income bill may be step toward broader reform

Now, a new survey from the University of Maryland’s Program for Public Consultation aims to find out how public voters who lean either Republican or Democrat would change the program.

The online survey was conducted between April 11 and May 15 and included 2,545 registered voters.

The questions were presented as a policy making simulation, according to Steven Kull, director at the Program for Public Consultation at the University of Maryland.

The options were presented one at a time, with pro and con arguments that have been vetted by experts on both sides of the aisle. Each choice included gradations and the potential impact on the program’s shortfall.

Respondents tended to spread their choices to include some revenue increases and some budget cuts, according to Kull. Most didn’t max out one side or the other.

Still, there was one proposal that got “overwhelming bipartisan support,” according to Kull.

That was increasing the level of income at which Social Security payroll taxes are applied. In 2022, that includes up to $147,000 in income, which is adjusted each year.

However, there are proposals that call for reapplying those payroll taxes for people with wages over $400,000.

The results showed 81% of survey respondents supported this strategy, which would eliminate 61% of the shortfall. That included 79% of Republicans and 88% of Democrats.

The public very strongly wants this.

Another equally popular strategy with survey respondents is reducing benefits for high earners, which also had 81% support. That included 78% of Republicans and 86% of Democrats. This would reduce the amount of benefits the top 20% of earners receive, and would reduce the shortfall by 11%.

The survey also found 75% of respondents would support gradually raising the retirement age to 68 from the current age of 67. That included 75% of Republicans and 76% of Democrats. Such a move would reduce an estimated 14% of the shortfall.

There was also strong support for increasing the payroll tax, with 73% of respondents. Currently, employers and employees each pay a tax of 6.2% of wages. The simulation called for raising that to 6.5%, which would help eliminate 16% of the shortfall. Support was split with 70% of Republicans and 78% of Democrats.

Benefit increases were also supported by respondents affiliated with both parties.

Survey respondents also supported changing the way annual cost-of-living adjustments are determined, with 55%, to a measurement that better reflects the goods and services older adults buy. That included 55% of Republicans and 59% of Democrats. That change would increase the shortfall by 12%.

The survey also found support among 53% of respondents for increasing benefits for beneficiaries over age 80 by 5%. That included 53% of Republicans and 56% of Democrats. Such a change would increase the shortfall by 5%.

The goal of the survey is not to take a partisan side, according to Kull.

“We don’t take a position except the position that the public should be heard,” Kull said.

“The public very strongly wants this,” he said of the results.