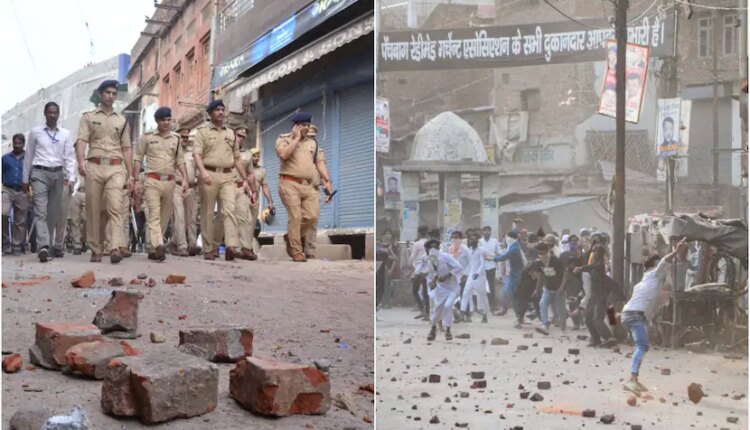 Kanpur Violence Latest Updates: Secrets are now being revealed from the mobile of Zafar Hayat Hashmi, the mastermind of the uproar on the new road of Kanpur in Uttar Pradesh and the head of Maulana Mohammad Ali (MMA) Johar Fans Association. A total of 141 WhatsApp groups have been found in his mobile. There have been talks of market closure and ruckus in almost all the groups. Every moment update of the day of violence was being given in groups. Some were posting videos and some were sending photos and messages. Hayat of market closure was continuously calling on the group. The police have included it in the investigation as evidence.

Many revelations happened after taking possession of mobile

The police had seized the mobiles of Hayat and other accused. WhatsApp groups of Muslim organizations have been found in Hayat’s mobile. On the day of the ruckus, almost every group was active from the morning itself. Most of the conversations and updates were being done in a group named MMA Johar Fans Association Kanpur Team. The group was discussed among themselves regarding the market shutdown. Cuttings of all the news were inserted. After that, when the market started closing, its update started coming. Similarly, when Hashmi was made an accused, the news related to it was posted in it.

Significantly, Hashmi’s statement of withdrawing the movement was to dodge the police. He was constantly engaged in instigating people and his wife was also involved in this. The chats on many of his WhatsApp groups prove this point.

Hand made country made bombs found lying on the roadside

At the same time, the biggest disclosure in this case has been that during the violence, stones were pelted from high-rise buildings. The new road and the illegally constructed high-rise building were a major security threat. Now the Joint Commissioner of Police has sent a letter to the Kanpur Development Authority for investigation and action. It has also come to the fore that the people who created the ruckus had also come from many other areas including Jajmau, Babupurwa, Gadarian East. He had received orders to offer Namaz in the mosques around the new road. Stones were to be pelted as soon as the cloth was waved after the Namaz. Hand made country bombs have been found lying on the roadside.

Video: Pieces of bus fell in a ditch in Uttarkashi, rescue operation went on all night, people shudder to see the dreadful scene

‘Oh my God, what happened…’ After Operation Blue Star, these words came out of Indira Gandhi’s mouth, know how the result was given, what is the whole story