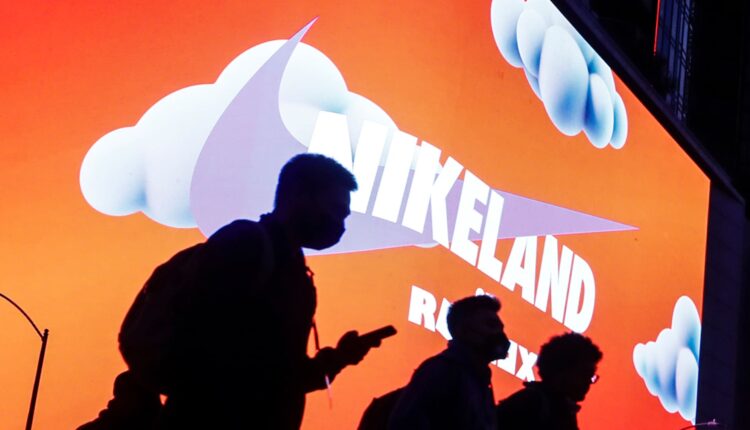 Online resale marketplace StockX is hitting back at Nike‘s claims that the site has been allowing sales of counterfeit versions of its sneakers.

StockX, in a response to Nike’s allegations, defended its anti-counterfeiting measures and said Nike itself had previously praised them, according to a draft of a court filing seen by CNBC. The response is set to be filed in U.S. District Court in New York City on Monday.

“In the past, Nike has sought to collaborate with StockX and has communicated confidence in the StockX authentication process,” the Detroit-based company said in the draft filing.

Nike and an attorney who has represented Nike in this case did not immediately respond to a request for comment.

The legal battle between Nike and StockX started over nonfungible tokens, or NFTs, which are unique digital assets that consumers can buy and sell. Nike sued StockX in February, saying the online marketplace’s NFTs of Nike shoes infringed on trademarks and could confuse customers. Nike, which had been preparing for its entry into the so-called metaverse for several months, started selling its own NFTs earlier this year, reaping huge sums. StockX has argued it uses Selling own NFTs to authenticate products.

Nike, which has been beefing up its own online business, added to its lawsuit last month, saying in an amended complaint that it was able to purchase four pairs of counterfeit shoes from StockX that were verified as authentic. One of the pairs matched a StockX NFT, Nike claimed.

Nike said in its amended complaint that it obtained the dubious shoes through StockX from December through the beginning of February, just before it filed its initial lawsuit against the company. In its draft filing, StockX questioned why Nike waited until May to include its claims about the counterfeit sneakers.

“Nike’s recent allegations lack merit, demonstrate a lack of understanding of the modern marketplace, and display anticompetitive behavior that will stifle the secondary market and hurt consumers,” StockX CEO Scott Cutler said in a statement. “We look forward to defending our reputation and understanding why Nike, which once sought to collaborate in combatting counterfeits, now seeks to undermine StockX’s business model.”

StockX, which promises “Guaranteed Authenticity,” says it’s different from other resale sites because all the products on its marketplace are physically inspected and authenticated before being delivered to buyers. The company has been valued at $3.8 billion and has several authentication sites across the globe. It claims in its draft response that its authenticators have inspected more than 30 million products and prevented $60 million worth of counterfeit sneakers from getting to buyers.

StockX did, however, acknowledge the possibility that counterfeit products could slip past its vetting process. In its filing, the company noted its refund policy “for the rare case where a counterfeit product might find its way into a consumer’s hands.”

“This fact alone undercuts any allegation that StockX is knowingly or intentionally dealing in such goods,” the filing said.