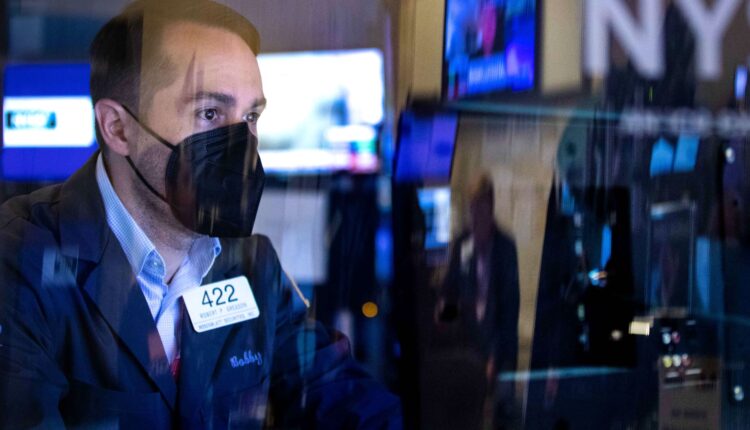 Stock futures edged up in overnight trading Sunday after a losing week as investors continued to bet that the Federal Reserve will tighten monetary policy aggressively to combat surging inflation.

The overnight action followed another disappointing week for investors as the major averages suffered modest losses. The blue-chip Dow fell 0.9% for its ninth negative week in 10, while the S&P 500 and the Nasdaq Composite lost 1.2% and 1%, respectively, last week for their eighth losing week in nine.

Investors have been grappling with fears that the central bank could raise interest rates too fast and too much, causing a recession. Recent statements from the rate-setting Fed members indicate that 50 basis point — or a half-percentage-point — rate increases are likely at the June and July meetings.

The U.S. economy added 390,000 jobs in May, which came in better than expected despite fears of an economic slowdown and amid the roaring pace of inflation. Some investors believe the strong hiring data could be clearing the way for the Fed to remain aggressive.

“For now, the market sees a Federal Reserve trying to navigate a painful and bumpy road, yet trying to find a soft exit,” said Quincy Krosby, chief equity strategist at LPL Financial. “And the market finds itself between wanting to believe in the rallies but not believing that the Fed can negotiate a soft landing.”

Investors will be focused on the consumer price index reading for May, which is slated for Friday morning release. The key inflation gauge is expected to be just slightly cooler than April, which could be interpreted by some as a confirmation that inflation has peaked.

The stock market has had a volatile year with the major averages pulling back double digits from their record highs. The S&P 500 is off by 14.7% from its all-time high reached in January. The equity benchmark briefly dipped into bear market territory last month.

“The second half of 2022 is going to be a roller coaster ride for investors unless the Fed is able to bring inflation under control without a hard landing,” said Peter Essele, head of portfolio management at Commonwealth Financial Network. “Most investors seem to be wagering on a crash-and-burn scenario at this point as recessionary fears abound, and equity markets fail to develop any sort of positive momentum.”