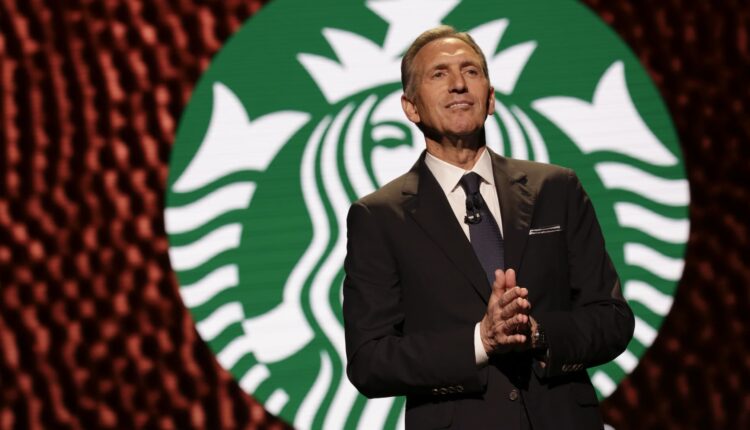 Starbucks Chairman and CEO Howard Schultz speaks at the Annual Meeting of Shareholders in Seattle, Washington on March 22, 2017.

Starbucks‘ next CEO will come from outside the company, interim leader Howard Schultz told the Wall Street Journal.

Schultz returned for his third stint in the top job in April after the departure of former CEO Kevin Johnson. Despite speculation from analysts and investors, he’s publicly denied that he’s planning on staying in the top job past autumn, when a new successor will be named. Schultz told the newspaper that he’s planning on leaving Starbucks’ C-suite entirely by the company’s next annual shareholder meeting in March.

Whoever takes the reins will inherit a business that’s still recovering from the pandemic, particularly in China, and is facing a swelling effort by baristas to unionize in the U.S. The company is also upgrading its U.S. cafes to match how customers want to order and pick up their coffees and striving to meet ambitious sustainability goals.

“For the future of the company, we need a domain of experience and expertise in a number of disciplines that we don’t have now,” Schultz told the Journal.

Schultz has been waging an aggressive campaign against the union push, which has weighed on Starbucks’ stock. Shares have fallen 13% since he returned to the company.

The union efforts could also be why the company is seeking fresh blood.

“Unionization publicity could be a factor pushing the company to look externally for a corporate culture founded on benevolence by Mr. Schultz,” Cowen analyst Andrew Charles wrote to clients in March after the announcement of the CEO search.

Union organizers and the National Labor Relations Board have accused Starbucks of illegal labor practices, which the company has denied. Workers United, the union that’s backing organizing efforts at Starbucks, said in a Friday filing that the coffee chain is violating federal labor law by permanently closing a unionized Ithaca, New York, store. A Starbucks spokesperson told CNBC that opening and closing stores is a regular part of its business.