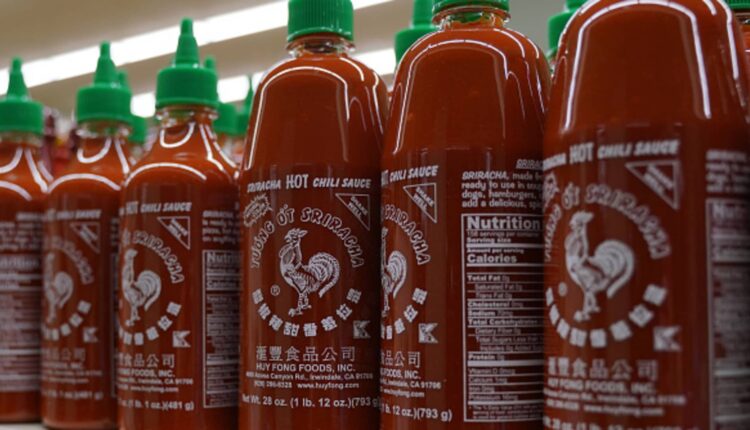 A photo of Sriracha Hot Chili Sauce made by the California-based Huy Fong Foods, which is one of the most popular hot sauces, in New Jersey, United States on June 09, 2022.

Attention hot sauce fans: There is likely to be a shortage of Sriracha sauce in the days and weeks ahead. Blame the weather.

Huy Fong Foods, maker of the popular Sriracha Hot Chili Sauce, said a shortage of chili peppers is limiting its ability to produce several of its in-demand sauces, including its Chili Garlic and Sambal Oelek. The California-based company cited climate conditions as part of the problem.

“We are still endeavoring to resolve this issue that has been caused by several spiraling events, including unexpected crop failure from the spring chili harvest,” Huy Fong Foods said in a statement to NBC News, adding: “We hope for a fruitful fall season and thank our customers for their patience and continued support during this difficult time.”

An April 19 letter from Huy Fong Foods posted on a food distribution website for wholesale buyers said: “Currently, due to weather conditions affecting the quality of chili peppers, we now face a more severe shortage of chili.”

The company sources its chili peppers from Mexico, where a drought is affecting that country and parts of the western United States.

According to the Huy Fong Foods letter, any orders for the affected sauces that were placed after April 19 would not be fulfilled until after Labor Day. The company said it would not accept any new orders before September.

At least one restaurant in Kentucky has already been affected. Brady’s Sushi and Hibachi said in a Facebook post it may no longer offer free Sriracha at its tables because of the shortage, and would also limit one spicy mayo per two rolls.

The global food supply has encountered shocks throughout the pandemic, and has only been exacerbated by record inflation and the ongoing war in Ukraine.

The U.S. Department of Agriculture announced several measures earlier this month that it says will help address a variety of issues affecting the supply chain from the farm to store shelves.