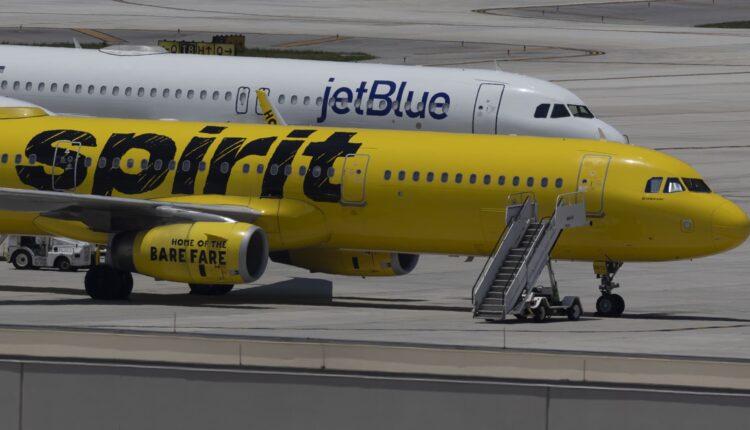 Take a look at some of the biggest movers in the premarket:

Spirit Airlines (SAVE) – Spirit jumped 6.1% in the premarket after JetBlue (JBLU) sweetened its bid for Spirit. JetBlue will increase its breakup fee for the deal to $350 million and pay part of that as a dividend if the deal is consummated, increasing the value to $31.50 per share. JetBlue shares were unchanged.

Didi Global (DIDI) – Didi shares skyrocketed in the premarket after The Wall Street Journal reported that China regulators have concluded a year-long probe and it is set to lift an order banning the company from adding new users.

Keurig Dr Pepper (KDP) – The beverage maker’s stock will be added to the S&P 500 index prior to the opening of trading on June 21, along with ON Semiconductor (ON) and real estate investment trust VICI Properties (VICI). Keurig rallied 7.9% in premarket action, with ON Semiconductor surging 7.2% and VICI jumping 8.4%.

Under Armour (UAA) – Under Armour stock is among those being replaced in the S&P 500 on June 21. Under Armour will move to the S&P MidCap 400, along with laser maker IPG Photonics (IPGP). Under Armour lost 1.2% in the premarket.

Revlon (REV) – Revlon is in talks with lenders on pushing back debt payment deadlines as the cosmetics maker tries to avoid a bankruptcy filing, according to people familiar with the matter who spoke to The Wall Street Journal. The talks involve extending the maturity date on about $1.7 billion in debt that comes due as early as 2024. Revlon added 1.6% in premarket trading.

Starbucks (SBUX) – Starbucks is considering only external candidates to be its next CEO, according to interim Chief Executive Officer Howard Schultz. He told The Wall Street Journal that the company needs to add new talent to its executive ranks. Starbucks was up 1.8% in the premarket.

Apple (AAPL) – Apple shares are on watch as the company’s annual Worldwide Developers Conference begins. Apple stock has lost 16.9% so far this year amid concerns about a slowdown in demand. Apple gained 1.4% in premarket trading.