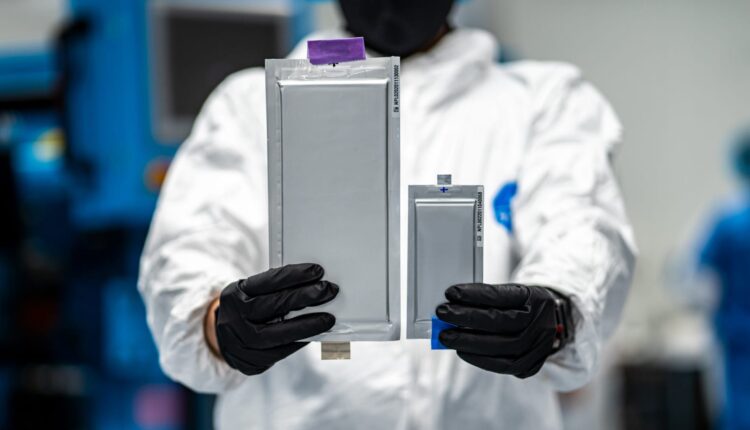 Solid state batteries are so called because they do away with the liquid or gel electrolyte found in current lithium-ion batteries. In electric vehicles, they have the potential to offer more range, shorter recharging times and a lower risk of fires than lithium-ion batteries – all compelling benefits that have drawn big investments from automakers over the last several years.

But a solid-state battery design that can stand up to years of use in an electric vehicle – and that can be mass-produced at reasonable cost – has eluded researchers for decades. That’s expected to change within a couple of years.

Solid Power’s effort is one of several underway that aims to bring solid-state battery cells to market for use in electric vehicles. Its rivals range from public companies like QuantumScape to private efforts funded by giants like Toyota.

Solid Power’s advantage might be unique: While at least some rivals’ designs will require costly specialized factories, Solid Power says its batteries can be produced using the tooling and processes already in place in current factories making lithium-ion battery cells.

Solid Power’s pilot production line will produce batteries in small numbers for internal testing, as it works to refine its battery design and fine tune its manufacturing approach.

The company expects to begin shipping batteries to its automotive partners, BMW and Ford, for testing in prototype vehicles by the end of this year, CEO Doug Campbell said — a key step in the “validation” process needed to supply batteries to automakers at scale.

Campbell told CNBC if all goes well, he expects the automakers to sign off on Solid Power’s battery design sometime in the first half of 2024.

The company would then hand off its design to an existing battery manufacturer for mass production, suggesting the first vehicles to use Solid Power’s innovative batteries could be available within a few years.