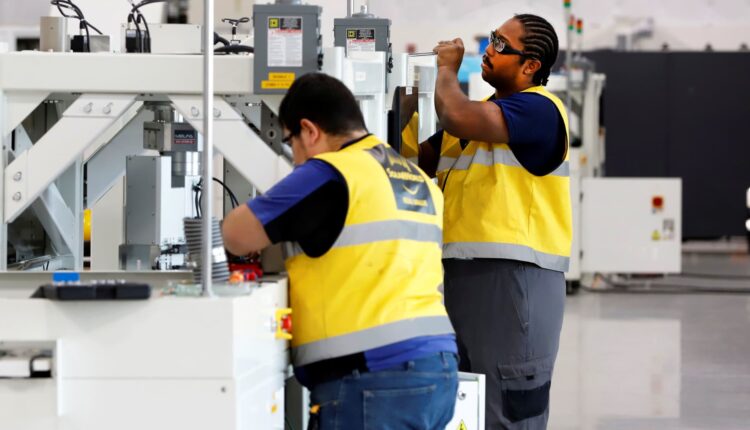 Solar energy stocks soared on Monday following a report that the Biden administration will suspend tariffs on solar panel components from four countries.

President Joe Biden declared a 24-month tariff exemption for solar panel products from several Southeast Asian nations, and announced the use of the Defense Production Act to promote domestic production. The news was first reported by Reuters. The move comes as a Commerce Department investigation into Cambodia, Malaysia, Thailand and Vietnam has added more hurdles to importing equipment.

Shares of Sunrun jumped more than 10%, while SunPower and Enphase Energy each surged more than 6%. SolarEdge Technology gained more than 3%. Array Technologies popped about 18%.

“We believe the announcement will be a clear positive for our coverage, particularly within the utility-scale solar market, which has faced uncertainty since the US Department of Commerce’s AD/CVD investigation was launched in late-March,” JPMorgan analyst Mark Strouse said in a note to clients.

The tariffs had received increased criticism in recent months as the war in Europe has driven up energy prices around the world. The tariffs were originally put in place by the Trump administration, with Biden announcing a four-year extension in February.

The Commerce Department said in a release that tariffs on China and Taiwan solar products will remain in place.

“I remain committed to upholding our trade laws and ensuring American workers have a chance to compete on a level playing field. The President’s emergency declaration ensures America’s families have access to reliable and clean electricity while also ensuring we have the ability to hold our trading partners accountable to their commitments,” Commerce Department Gina Raimondo said in a statement.

Solar stocks have slumped since last November, when market sentiment toward unprofitable growth companies soured. However, the sector has staged a nice rally in recent weeks. The Invesco Solar ETF (TAN) has gained more than 27% from its lows in May.

The run up in solar stocks in 2020 and 2021 was due in part to optimism that a Democratic administration would boost federal support for the industry. However, the Build Back Better bill, which would include additional clean energy spending, stalled in Congress last year.

Morning Meeting: Jim Cramer discusses his next moves for the Investing Club