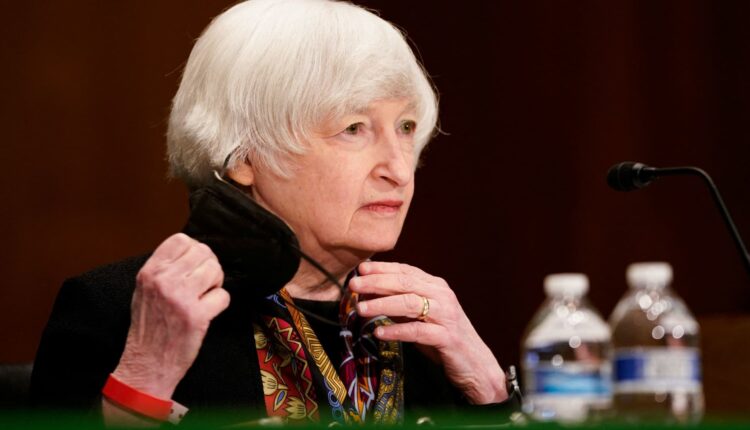 U.S. Treasury Secretary Janet Yellen takes off her mask at the start of a Senate Banking, Housing and Urban Affairs Committee hearing on “Financial Stability Oversight Council Annual Report to Congress,” on Capitol Hill in Washington, U.S., May 10, 2022.

The Social Security trust fund most Americans rely on for their retirement will be able to continue to pay out benefits on a timely basis until 2034, one year later than the Treasury Department estimated last year, according to an updated report published by the government Thursday afternoon.

The improved report, signed by Treasury Secretary Janet Yellen and Labor Secretary Marty Walsh, projects that the government’s disability insurance program will be able to pay full benefits over the next 75 years, the first time Social Security officials have issued such a rosy outlook since their 1983 report.

Last year’s report estimated the Disability Insurance Trust Fund would be depleted in 2057. Medicare Part A will remain fully financed through 2028, two years later than previously projected, the government said.

Yellen and Walsh explained that the improved outlooks for the various funds are due to a faster and more robust economic recovery from the Covid-19 recession.

“The main reasons for the smaller deficit are a stronger than expected recovery from the pandemic-induced recession, higher expected levels of labor productivity, and lower future disability incidence rates that reflect recent experience,” Yellen and Walsh wrote.

The Treasury Department looks after two Social Security funds: The Old-Age and Survivors Insurance and the Disability Insurance Trust Funds. The two programs were created to provide a source of income to former workers who have retired at the end of their careers and to those who cannot work due to a disability, respectively.

Despite the revised projections, and given broad demographic trends and an aging U.S. population, the financial outlook for Social Security, largely funded by payroll taxes, is grim without government intervention or material changes to the country’s tax code.