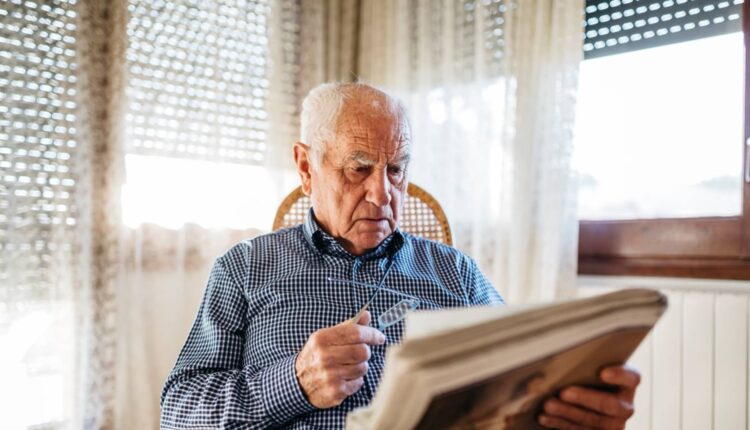 Social Security beneficiaries saw the biggest cost-of-living adjustment in about 40 years in 2022, when they received a 5.9% boost to their monthly checks.

Next year, that annual adjustment may even go as high as 8%, according to early estimates. That is despite the fact the annual Social Security trustees report released last week pointed to a 3.8% bump for 2023.

“Looking at the CPI-W trends that we’re seeing so far this year, it is likely we’re going to have a COLA closer to 8% than 3.8%,” Stephen Goss, chief actuary at the Social Security Administration, said during a briefing on the trustees report hosted by the Bipartisan Policy Center last week. (CPI-W refers to the Consumer Price Index for Urban Wage Earners and Clerical Workers, a subset of a broader measurement for changes in prices for goods and services.)

The 3.8% COLA projection for next year in the trustees report is based on data through mid-February. However, high inflation has persisted since then, pushing the potential increase for next year higher.

More from Personal Finance:
Readers react to chance of $10,000 student loan forgiveness
How Congress is pushing to create a national retirement savings plan
Social Security has a new, later projected depletion date of 2035

“That is actually good news for the beneficiaries who are currently eligible for benefits in this year,” Goss said. “They will get a relatively high increase to their benefit.”

To be sure, the COLA for 2023 may fluctuate before it is formally announced later this year. One key factor to watch: inflation.

Thus, the COLA for 2023 will be influenced by how inflation fares in July, August and September.

An 8% COLA would be the highest increase in years, according to Social Security Administration data. The last time the federal agency announced a bigger annual bump was in 1981, when there was an 11.2% increase.

A record-high COLA could be offset by increases in average wages, according to Goss.

While the trustees projected a 5.6% increase in wages for 2021, the data coming in from W-2s thus far indicates it will be more around 8%, he said.

As a result, both the COLA and average wages levels are higher than projected.

There’s not one member of Congress who should look at this report and think, ‘Oh, I know the best course of action is to do nothing.’

“To the extent that those tend to balance each other, in terms of impact on the solvency of the program, we’re expecting there’s not going to be really a major impact on that,” Goss said.

However, some experts are concerned a record-high COLA for next year could hurt the program’s funds.

The just-released annual trustees report found an improved outlook for the trust funds the program relies on to pay benefits. The combined asset reserves of both funds are now projected to have a 2035 depletion date, one year later than was projected last year. At that time, 80% of benefits will be payable.

A much-bigger COLA will cost the program tens of billions of dollars, putting further pressure on the program that is already facing insolvency, said Maya MacGuineas, president of the Committee for a Responsible Federal Budget, a non-partisan, non-profit organization.

“That will cost the program enough money that it could bring the insolvency date forward a year sooner,” MacGuineas said.

For Congress not to act to try to repair the program would be a huge abdication of responsibility, she said.

“There’s not one member of Congress who should look at this report and think, ‘Oh, I know the best course of action is to do nothing,'” MacGuineas said.