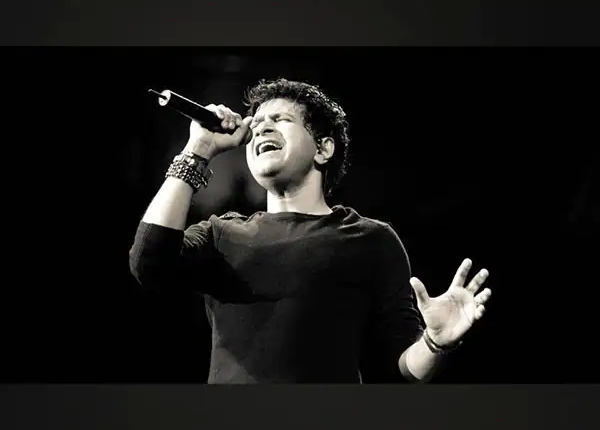 Singer KK Death: The havoc of time broke in such a way that this soothing voice of the heart became silent forever and ever. Singer KK will be cremated today in Versova, Mumbai. Hum Rahe or Na Rahe, Yaad Aayenge Yeh Pal… This is the song that KK sang for the last time at a Kolkata concert. After this song, the health deteriorated and soon after the bad news of death came. With the gun salute, the Bengal Police gave a final farewell to KK. After that his body was brought from Kolkata to Mumbai by Air India plane.

The body of KK will be kept in the Park Plaza of Versova from 10 am to 12.30 am for the last darshan. The last rites will be performed at Versova crematorium at one o’clock. Bollywood’s famous singer Krishna Kumar Kunnath, who was known by the name of KK.

Singer Krishnakumar Kunnath died in Kolkata on Tuesday night. He was popularly known as KK. KK was 53 years old. He is survived by his wife and two sons. A function was organized by a college at Nazrul Manch in South Kolkata, when KK returned to his hotel after singing for about an hour, he was feeling unwell. On being taken to the hospital, the doctors declared him brought dead. The West Bengal government paid a final tribute to KK’s body by giving him a gun salute. Chief Minister Mamata Banerjee, who was overseeing the proceedings, paid floral tributes to the late singer, whose body was briefly kept in Rabindra Sadan.

Banerjee was seen comforting KK’s wife and other family members present at the venue. The singer’s body was brought to Rabindra Sadan after the post-mortem at the government-run SSKM Hospital earlier in the day, an official said. He said his body was taken to Netaji Subhas Chandra Bose International Airport and handed over to his family, who left for Mumbai with the body.

read this also: CCTV Footage: Singer KK was seen in the corridor of the hotel before being taken to the hospital, the last moments captured in CCTV