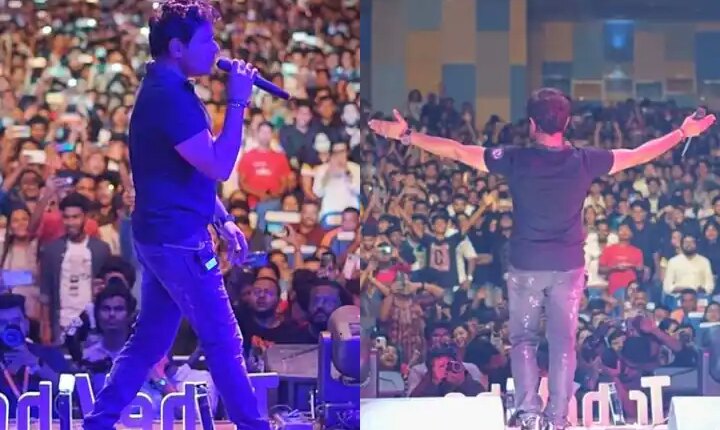 Krishnakumar Kunnath Death: Famous singer KK (Krishnakumar Kunnath) died on Tuesday in Kolkata. When KK returned to his hotel after singing for about an hour at a concert, he complained of his ill health. After this the singer was taken to CMRI Hospital in Kolkata, where doctors declared him brought dead. Meanwhile, ABP News correspondent interacted with the people who were present there during the live performance with him.

Sudipta Mitra and Shilpa Mitra tell that when KK came out of the hall after the concert, on this question, he was looking a bit restless. Both husband and wife are fans of KK. He has performed with many artists of Mumbai but he was quite excited to see KK performing. He said that my daughter was very excited since morning. When I saw him from the front, I found that he was very polite. The experience of seeing them from such close proximity is wonderful in itself.

Giving information about the stage, he said that yesterday it was very hot in Kolkata. Many more people had also gathered on the stage. Despite that, he sang on everyone’s request. He had so much energy that he jumped off the stage in front of everyone. Various tunes were coming out of his face. His last song was ‘Hum Rahe Ya Na Rahe Kal…’.

did not believe in his death
Shilpa says that they could not sleep through the night after hearing the news of his death. Because we saw how strange his life is. I saw how much this song matches with his life. We could not sleep through the night thinking of this. The actors who participated in the live performance with him claimed that KK was very excited at the end of the show. He further said that at the end of the ceremony, he left waving his hand. He said that I do not understand why this happened. He never went off stage during the show. LED lights were burning on the stage. At the same time, the temperature of the hall had increased due to the concert.

last show with kk
On the other hand, Sudipta says that yesterday’s show was coincidentally KK’s last show while it was our first show with him. I talked to him in the green room. He just showed the list of his songs. He sang those songs on stage. The honesty he showed in such a short time is unimaginable.

Target Killings in Jammu Kashmir: Target Killing on the rise in the Valley! Home Minister Amit Shah to hold meeting with LG on June 3

Are moodables the next best thing in IoT?