Singer KK Passes Away: Tomorrow Will Be The Last Rites Of The Magician KK, The Body Is Being Brought From Kolkata To Mumbai 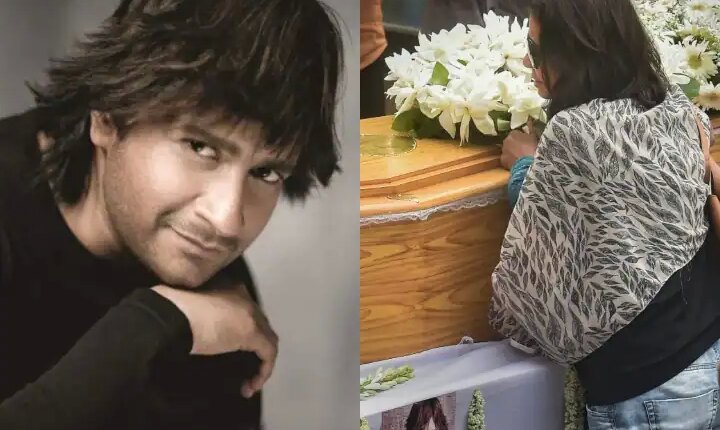 Singer KK Passes Away: Famous singer KK passed away late on Tuesday night. His death has not only broken the heart of the film industry but has also shocked millions of fans. Heart attack is said to be the cause of KK’s death. When KK returned to his hotel after singing for nearly an hour at a concert in Kolkata last night, he complained of ill health. After this the singer was taken to CMRI Hospital in Kolkata, where doctors declared him brought dead.

According to the information received, the body of singer KK has left for Kolkata airport after post-mortem. His mortal remains Air India’s AI 773 flight will take off at 5.15 pm and will land in Mumbai at 8.15 pm. At the same time, the body of KK will be kept in the hall of his complex in Versova for the last visit. Where he will be cremated at Versova crematorium after 9 am tomorrow. According to the information received, many big stalwarts of the music industry and Bollywood may be involved in KK’s last journey. After the sudden demise of the famous singer, many big personalities including PM Modi have expressed grief over his leaving the world like this. Prime Minister Modi tweeted and wrote that I am saddened by the untimely demise of famous singer KK (Krishnakumar Kunnath). We will always remember him through his songs. Condolences to his family and fans. peace.’

Saddened by the untimely demise of noted singer Krishnakumar Kunnath popularly known as KK. His songs reflected a wide range of emotions as struck a chord with people of all age groups. We will always remember him through his songs. Condolences to his family and fans. Om Shanti.

At the same time, Home Minister Amit Shah wrote that ‘KK was a talented singer, his untimely death has caused a great loss to Indian music. With his voice, he has left an indelible mark on the minds of music lovers. My deepest condolences to his family and fans. Om Shanti Shanti.’

KK was a very talented and versatile singer. His untimely demise is very saddening and a huge loss to Indian music. With his gifted voice, he has left an indelible impression on the minds of countless music lovers. My deepest condolences to his family and fans. Om Shanti Shanti

Expressing grief over KK’s death, West Bengal Chief Minister Mamata Banerjee said, ‘Every help will be given to his family.’ Mamta tweeted that, ‘Shocked and saddened by the sudden and untimely demise of KK. My colleagues have been working since last night to ensure that all necessary assistance is provided to his family. my deepest condolences.’ Not only this, Bengali CM Mamta Banerjee also paid tribute to KK. Sona Mohapatra has given her reaction on the death of Sindar, who gave many famous songs to Bollywood. Singer said, I am in a lot of shock after hearing this news and for 30 seconds I could not understand anything. But I will consider myself lucky if I leave this world after performing. For whom I was born, I shall go with that. Shaan, a famous singer and a good friend of KK, expressed grief over the death of Singer and paid tribute to him. Shaan wrote, ‘KK will always be an immortal boy, who refused to grow up. He lived life with simplicity’.

Corona Vaccine: How Effective Is One Vaccine Or Three Doses Of Different Vaccines In Preventing Covid-19? Learn