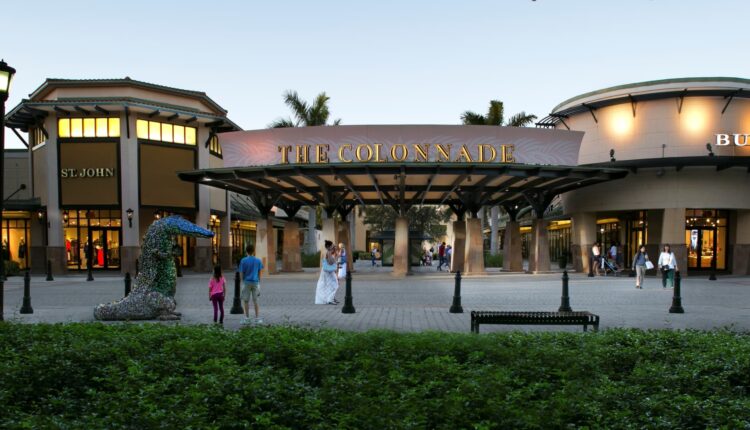 David Simon, the chief executive officer of the biggest shopping mall owner in the country, wants to create a new type of annual shopping extravaganza as consumers are increasingly feeling the pinch of inflation just about everywhere they go.

This event, dubbed “National Outlet Shopping Day” by Simon Property Group, is meant for people seeking out deep discounts on everything from new clothes and sneakers to sunglasses and luggage, Simon told CNBC in a recent Zoom interview.

The first iteration runs this weekend at the real estate owner’s 90 premium outlets and Mills-branded outlet properties in the U.S. About 300 retailers from J.Crew to Banana Republic to Puma will be taking part by offering deals exclusively at those locations, according to Simon Property. It’s one way that the mall owner is working with its tenants to lure cash-strapped consumers out to shop as budgets are squeezed and retailers are more competitive for shoppers’ dollars.

Retailers from Target to Gap have seen their inventory levels balloon as backlogged merchandise arrives from overseas at the same time consumers are shifting their spending away from so-called pandemic categories such as sweatpants and office furniture.

CNBC spoke with Simon, as well as Gary Duncan, president of Simon Property’s Premium Outlets and its Mills business, and Mikael Thygesen, chief marketing officer, about this weekend’s event, the state of the retail industry and the American consumer.

The conversation below has been edited down for clarity and brevity.

Why did Simon Property Group create this shopping holiday and decide to run it over this weekend?

Simon: The idea was in the works in early 2019. And then we couldn’t quite get it all together. We were going to do it in 2020, and Covid killed our plan. So we’ve always wanted to do this.

The genesis really was to give back to the consumer in terms of our special promotions and deals. But also to reinforce the Simon outlets have great brands. And we want them to be top of mind. We’re going to do this annually — and with some of the inflationary pressures this couldn’t come at a better time.

Thygesen: We’ve timed it between the traditional promotional windows, so Memorial Day is over and back-to-school hasn’t started.

What has the reception been like from your retail tenants to participate with discounts and other incentives to lure people to come out and shop?

Simon: We have 300 retailers, but I hope next year we’ll have 1,000. We expect to build on it each and every year. And obviously it’s our day, but we welcome participation from any outlet owner that wants to participate.

How have your outlet centers been performing relative to Simon Property Group’s namesake shopping malls, particularly against this backdrop of red-hot inflation and with more consumers seeking out savings?

Simon: We’ve been really, really pleased with our full-price business. Our outlet business has been extremely steady and growing as well. We have outlets that are in major tourist markets — Desert Hills, Sawgrass Mills — and we’re starting to see them reach record [sales] again because we see more than domestic tourism coming back. I’m starting to see international tourism come back.

Frankly, I think the U.S. is where the action is. We’ve got a lot of great things going on in this country. I think you’re going to see sourcing come back. Look at Intel, their commitment. Tesla. You go down the list, less reliance on China. And we’re seeing this from international retailers that want to grow in the U.S. and are saying this is the better place to be.

We’re seeing a lot of retailers figuring out how to manage extra inventory right now. Are you seeing any of them looking to offload those goods through their outlet businesses?

Duncan: What we saw earlier in the year and even for the better part of 2021 was that tenants didn’t have enough product because they had supply chain issues that were coming from Asia — in the apparel and footwear categories, certainly. And that has largely been eliminated.

Now, people are spending, but they’re cautious about where they’re spending and they want to have their money go further. The outlets are going to continue to be a very valuable resource for them and for us. But we have not heard anything about retailers having a big glut of inventory. We are doing some pop-up stores with certain guys that do have that problem, but I don’t see it being widespread.

Simon: I’ll reinforce what Gary says: It’s really selective here and there. And it’s more bets on what’s going on now. You see it from a lot mall retailers if you’re [in the business of] dressing up, jewelry, and have the event stuff, you’re doing really well. Remember when we thought the early 2020s were going to be for going out with friends? It didn’t quite happen. It’s happening this year.

If retailers have a little excess inventory — because as Gary said, the consumer is a little more cautious — that’s actually good for the outlet business. We’ll see if that really transpires, but it hasn’t been, by any means, widespread.

What other changing consumer behaviors are you observing?

Simon: We’re very sensitive to what the consumer is going through, and so we want to figure out how to stretch their dollars. There’s also a shift toward dressing up. We’re seeing really good demand on that front.

Clearly, the higher-income consumer hasn’t changed their behavior. The ones with low incomes are under pressure, and that’s what we’re focused on. That consumer is of concern, and we’re trying to figure out how to help.