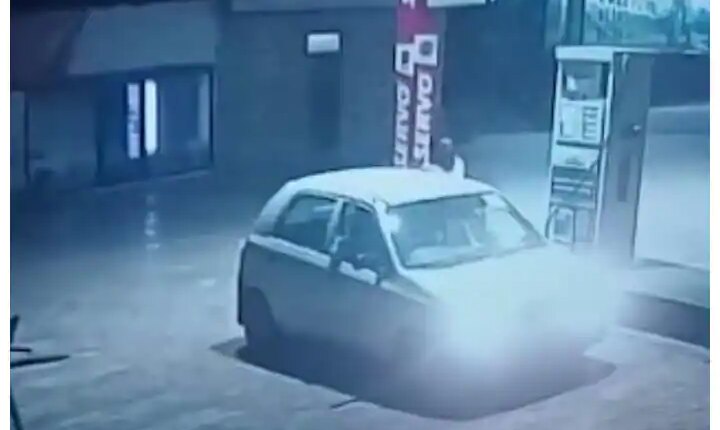 Punjabi Singer Sidhu Moose Wala Murder Case: The investigation of Punjabi singer and Congress leader Sidhu Moosewala Murder Case is going on. As the investigation is progressing regarding the murder of Musewala, new evidence is coming to the fore. New CCTV footage of the Alto car used in the murder has surfaced. About 9 hours after the incident, shooters were seen filling petrol in an Alto car in Moga. They had fled leaving the car on the highway.

Many revelations are expected after the new CCTV footage of the Alto car used in the Sidhu Musewala murder case surfaced. The CCTV footage is from about 9 hours after Musewala’s murder. It is seen in the CCTV footage that an Alto car is parked at Moga’s petrol pump at around 3.15:29 seconds, about 100 km away from Mansa.

According to the police, the car which is parked at the petrol pump is the same car from which the shooters fled. Two people are seen sitting in the front seat of the car. The shooter sitting on the driving seat calls the petrol pump employee with a hand gesture and pays money to fill the petrol. According to the information, the accused had filled petrol worth Rs 1500 in the car.

The shooters had escaped leaving the car on the National Highway

The petrol pump employee fills petrol in the Alto with money, after that the shooters leave with the car comfortably. The shooters stayed at the petrol pump for about 2 minutes but the police did not even know about it. After filling petrol, the shooters go ahead and take a U-turn and then leave on the highway. Later all these allegations left the car on Dharamkot National Highway and fled. After the murder of Musewala, the police had recovered the car from the highway.

there, Sidhu Musewala In the case of Sidhu Moose Wala Murder, interrogation of gangster Lawrence Bishnoi has revealed that a man named Vijay used to supply weapons to him. This person is said to be a resident of Haryana. The team of Special Cell of Police is searching for that person named Vijay. It is feared that Vijay may be hiding somewhere in Jodhpur, Rajasthan.