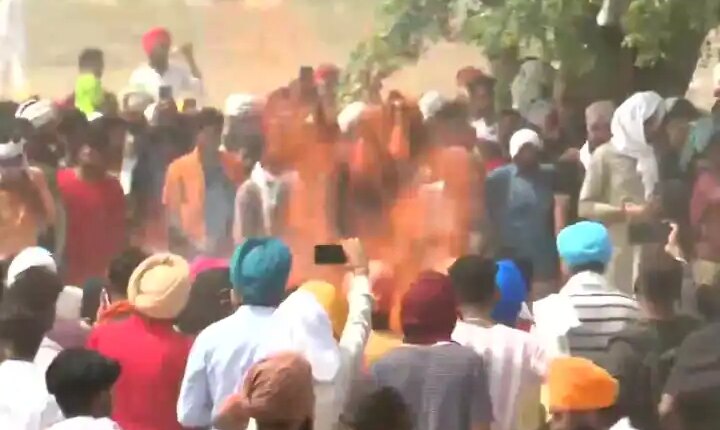 Sidhu Moose Wala Last Rites: Punjab’s famous singer actor and Congress leader Sidhu Moosewala was cremated in his native village Musa. During this, thousands of people arrived. Sidhu Musewala’s last journey was taken out in his favorite tractor. His parents were also present in the tractor along with his body. During the last journey, Sidhu’s father looked very emotional, during which he even took off his turban. Before the funeral ceremony, Sidhu Musewala was also dressed in a red turban.

Thousands of fans have gathered in the last journey of Sidhu Musewala. Sidhu Musewala’s father lit fire to him. Musewala was shot dead by unidentified assailants in Punjab’s Mansa district on Sunday. Musewala (27) was also a Congress leader. The incident happened a day after the Punjab government withdrew his security.

Sidhu Musewala was going to get married after 6 months. It is being told that Sidhu’s marriage was fixed in October. The girl with whom he was to be married is also in a bad condition by crying. Even yesterday, his future wife was with his family. Sidhu Musewala had reached the house.